The Hope Arkansas Police Department is reporting that 4 middle school students are currently in stable condition after ingesting an unknown substance at Yerger Middle School. One student was taken into police custody.

At approximately 11:21am today, officers responded to Yerger Middle School in Hope, Arkansas in reference to several students who became ill after ingesting an unknown substance. Officers administered one dose of Narcan on scene to one student and four students were subsequently transported to Wadley Hospital in Hope. All four students are receiving medical treatment and are currently in stable condition.

One student has been taken into custody at this time. Charges are pending.

This investigation is ongoing. 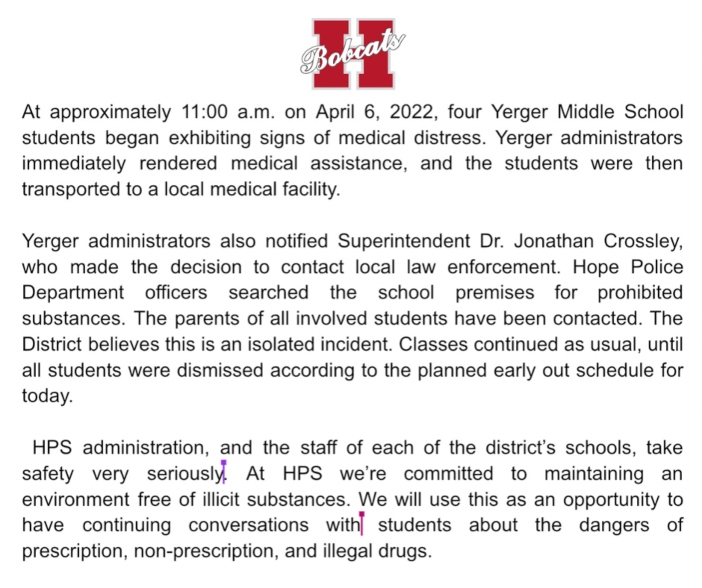