Kentrell Nard, 34, of Texarkana Texas was arrested last Friday for assaulting his girlfriend. Less than 6 hours after posting a $3,000 bond Nard was arrested for assaulting her again. This time, he got stabbed, and another $53,000 bond and charges for Felony Burglary of a Habitation with Intent to Commit Another Crime, Violation of a Protective Order, and Possession of Marijuana.

Kentrell Nard, 34, was arrested for Assault Causing Bodily Injury last Friday morning after getting in a fight with his ex-girlfriend and physically pulling her out of a car while she was trying to get away from him. While in jail, a judge issued a protective order and told him to stay away from the victim and leave her alone. Yesterday afternoon, he was released after posting a $3,000 bond.

That should have been the end of it, but Nard apparently couldn’t just let it lie.

He’d been out of jail barely six hours when he showed up at his ex’s apartment. Not realizing that it was Nard at her door knocking, she opened her door. She said that Nard forced his way into the apartment and immediately started choking her until a neighbor came out of their apartment and yelled at him to stop. While he turned his attention to the neighbor to tell them to mind their own business, the girlfriend managed to grab a kitchen knife and stab him in the arm. This gave her the chance to slam and lock the door with Nard outside. He then ran away from the scene and the victim called 911.

As she was telling us what happened, we got a 911 call from Nard’s mother saying that he was at her home and had been stabbed. Officers went there and got his side of the story. He initially told us that his girlfriend had attacked him for no reason while he was at a nearby convenience store, but the story changed every time he told it. Of course, none of what he said matched up with the obvious evidence at the victim’s apartment, so he was arrested. As they were searching him, the officer found two small bags of marijuana in his pocket. After we took him to the hospital to get some stitches in his arm, he was booked into the Bi-State Jail.

He is now charged with felony Burglary of a Habitation with Intent to Commit Another Crime, Violation of a Protective Order, and Possession of Marijuana. A judge set his total bond for the three new charges at $53,000 this morning. 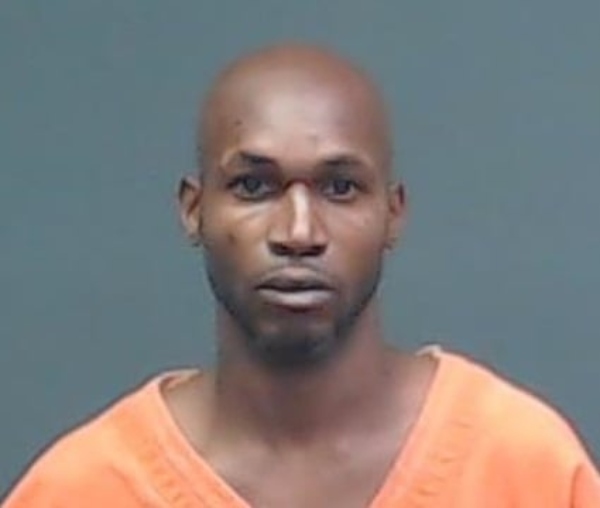