The Texarkana Texas Police Department has made two arrests in the shooting case at the Tri-State Motel that occurred on November 11. Police arrested two brothers in the case, Casey Paul-Aaron Williams, 21, of Garland City, Arkansas and Correy Paul Anthony Williams, 25, of Texarkana, Texas for Aggravated Assault with a Deadly Weapon.

The Texarkana Texas Police Department has arrested Casey Paul-Aaron Williams, 21, of Garland City, Arkansas and Correy Paul Anthony Williams, 25, of Texarkana, Texas for Aggravated Assault with a Deadly Weapon for their part in a shooting that occurred at the Tri-State Motel on November 11. 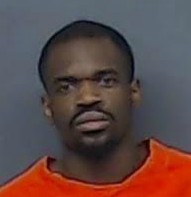 Officers were dispatched to the Tri-State Motel in the 800 block of West Seventh at 11:57 a.m. on November 11 to the report of a shooting.  Upon their arrival, they were told that a 38-year-old victim had already been transported to Wadley Regional Medical Center by private vehicle.  According to witnesses, a confrontation occurred inside the motel room between the victim, Casey Williams, and 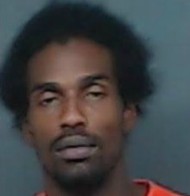 Correy Williams.  After two men ran from the room, Casey Williams returned shortly afterwards with a gun and fired several shots.  The victim suffered a gunshot wound to the chest area.  He underwent surgery that afternoon.  Although his injuries were serious, he is expected to survive.

Correy Williams was arrested after he was released from the hospital where he was treated for a gunshot wound.  It is believed that he was shot in Texarkana Arkansas shortly after his involvement in the Tri-State Motel shooting.