The New Boston Texas Police Department has arrested and charged New Boston High School Coach Zachary Moody, 40, with having an inappropriate relationship with a student.

Investigators with the New Boston Police Department arrested Moody this morning and he was booked into the Bi-State Justice Building in Texarkana, Texas.

Notification was sent to school district parents from New Boston Independent School District Superintendent, Rose Mary Neshyba informing them of the situation and steps being taken by the school district. 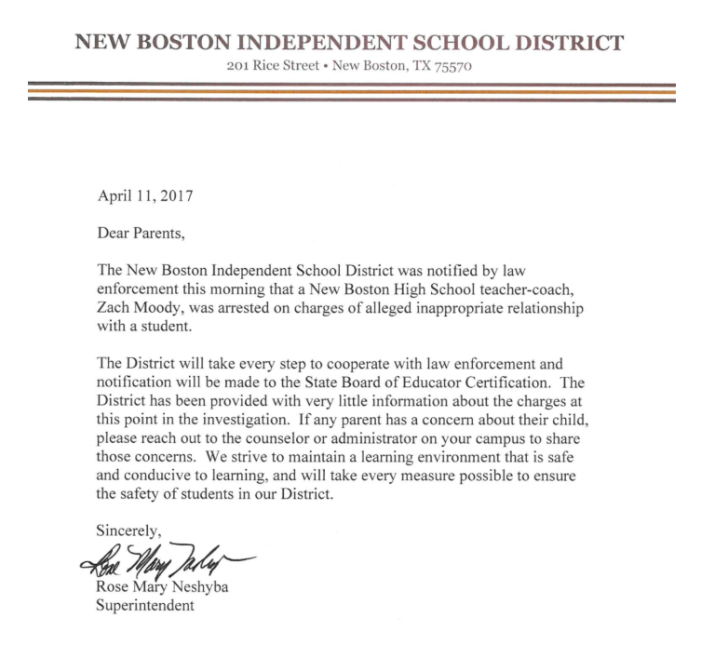