The community came out for a historic photo to celebrate Texarkana’s designation as a Texas Cultural District. To mark the occasion many came together at the Federal Building on Stateline Avenue to pose for the largest photograph in two states, including Ross Perot.

Texarkana was one of only seven cities in Texas to be named a Texas Cultural District. Other Texas cities to receive the honor in 2016 are Amarillo, Arlington, Plano, Rockport, Salado, and Waco.

Surprise guest, Ross Perot attended the event and took part in the historic attempt for the largest photo in two states.

Texas Commission on the Arts: 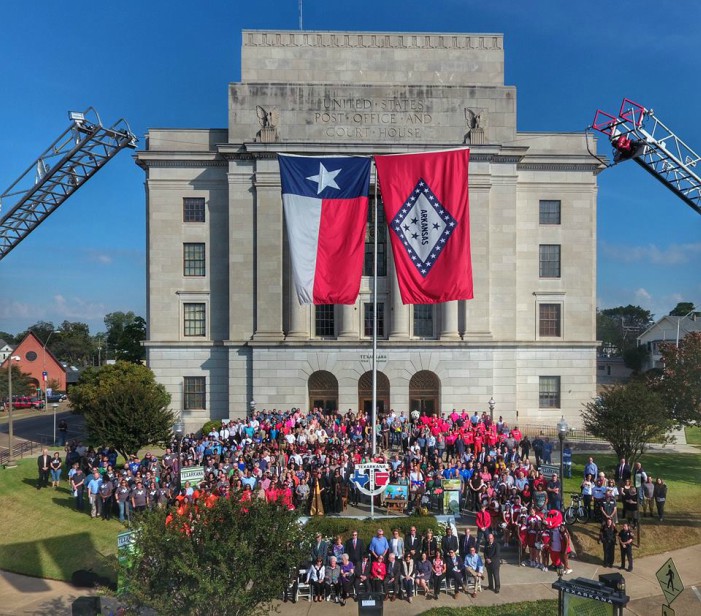 via Facebook/City of Texarkana Texas