The Texarkana Texas Police Department is investigating the attempted theft of the ATM at the Road Runner Store on Richmond Road and Cowhorn Creek. A truck believed to have been used was stolen from the Texarkana Arkansas School District just prior to the incident. If you have any information please contact TTPD at 903.798.3116.

We are investigating an attempted ATM theft that happened at the Roadrunner convenience store on Richmond Road early Sunday.
At a little after 4:00 that morning, three masked subjects rammed the back of a truck into the front doors of the building. Once inside the store, they tried to remove the ATM but were unsuccessful. When they realized that it wasn’t going to work and all this was for nothing, they jumped in the truck and left headed north on Cowhorn Creek Road. Our officers arrived right after that, but they never saw the truck or the suspects. 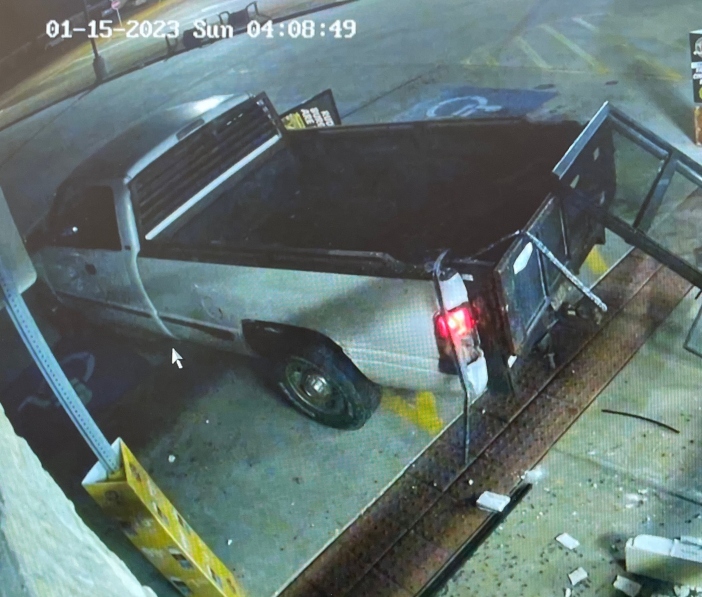 We believe that the truck they used was stolen from the Texarkana Arkansas School District just shortly before all this happened.

If you have any information or maybe noticed the truck out that morning, please give us a call at 903-798-3116. 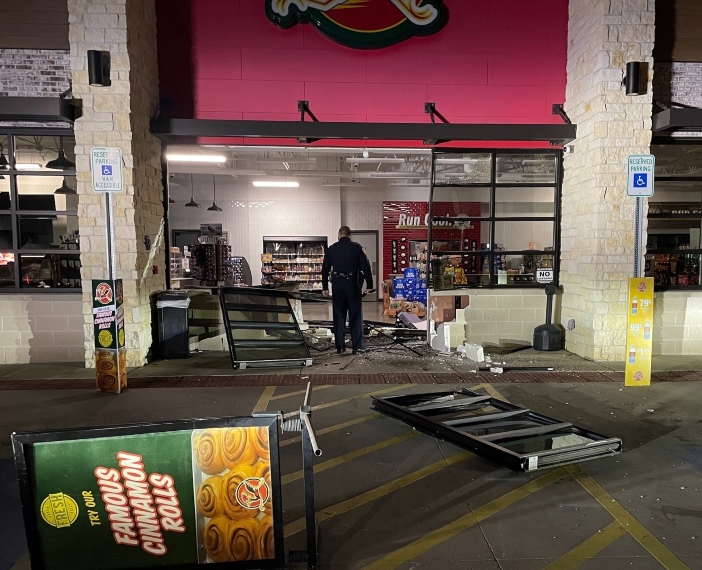