BREAKING NEWS:
You are at:Home»City News»Details on Murder at Rosehill Ridge Apartments

The Texarkana Texas Police Department has arrested and charged Kavante Wright, 26, with Murder. Wright also had two outstanding warrants for probation violations. EricGentry, 35, was pronounced dead at the scene.

TEXARKANA, TEXAS – The Texarkana Texas Police Department is investigating a fatal shooting that occurred at the Rosehill Ridge Apartments in the 1200 block of Stuckey Street Thursday afternoon.  Eric Gentry, 35, of Texarkana Arkansas, died at the scene after being shot multiple times by Kavante Wright, 26, of Texarkana Texas, inside an apartment.  Officers arrested Wright a few minutes later at the scene without incident.

Officers responded to the report of a shooting there at approximately 4:15 yesterday afternoon.  They were met by a woman outside an apartment, who told them that a relative had been shot and was still inside the apartment with the suspect.  She also said that there were children inside the apartment.  Officers were eventually able to make entry into the apartment after Wright surrendered to them at the back door.  They found Gentry lying on the kitchen floor and suffering from multiple gunshot wounds.  They immediately began lifesaving measures, but Gentry was pronounced dead at the scene a few minutes later.  It is believed that the shooting occurred as the two men were involved an argument.

Wright was transported to the police department where he was interviewed by detectives.  He was subsequently charged with Murder and later booked into the Bi-State Jail.  Wright was also arrested for two outstanding misdemeanor warrants for probation violations.  Bond has not yet been set for the murder charge. 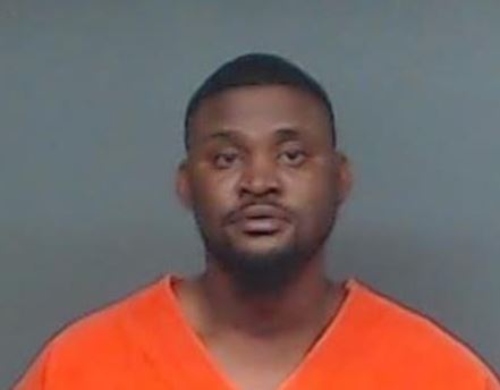