BREAKING NEWS:
You are at:Home»Crime»Details on Sunday Night Shooting in Bowie County

The Bowie County Sheriff’s Office reports one man is in custody and a young woman is in the hospital in stable condition after a shooting Sunday night in DeKalb Texas.

During the late evening of September 22, 2019 Bowie County Deputy Les Hunter was dispatched to a shooting in the 1200 block of Farm to Market 992 DeKalb, Texas. When he arrived at this location, Deputy Hunter found that DeKalb Police Department Officer Nataly Marino was attempting to control a large chaotic crowd. Deputy Hunter along with other arriving deputies assisted by helping the victim and trying to calm the crowd. The victim, Saleni Rojas Duran, was found to have a single gunshot wound to her chest area. Life Net airlifted her to St. Michael’s Hospital where she was treated and listed in stable condition. Deputy Hunter next spoke with Cesar Rendon who was working security at the event being held at this location. Rendon said he had to forcibly remove the suspect from the event. The suspect left and went to his car. Before leaving the event, the suspect drove back through the area and called out to Rendon. Rendon turned to walk over to the suspect and noticed he had a handgun pointed at him. The suspect fired multiple shots at Rendon. Rendon was not struck by any the bullets fired at him. One the rounds that missed Rendon struck the victim. The suspect then left the area. A description of the suspect and his vehicle was broadcast to all law enforcement in the area. Texas Parks and Wildlife Game Warden Nathan Lavender located a vehicle matching the description of the suspect’s not far from this location. Game Warden Lavender stopped this vehicle and found it was being driven by Pedro Alarcon-Sepulveda who was confirmed to be the suspect in this shooting. Bowie County Deputies responded to Game Warden Lavender’s location and arrested Pedro Alarcon-Sepulveda. He was transported to the Bi-State Jail where he was booked in for Aggravated Assault. Pedro Alarcon-Sepulveda had not been set at the time of this release. 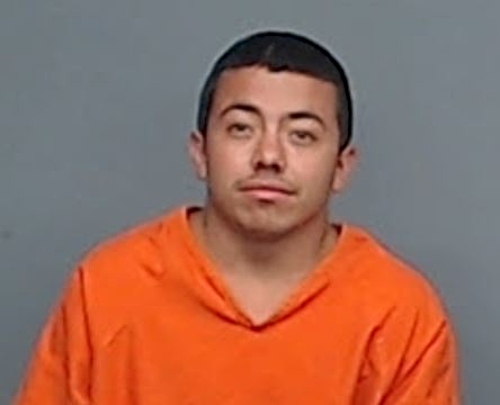