The family band Pelican 212 will headline Mardi Gras 2017 in Texarkana on Saturday, February 25th in downtown Texarkana with their New Orleans Style Dixieland swing. Twin trumpet sensations Max and Kolbe Rees front the band that has been featured on the television show Little Big Shots, and made an appearance on the Tonight Show with Jimmy Fallon.

Pelican 212 is made up of seven of the ten Rees family children ranging in age from 10 to early 30’s. 12-year-old twins Max and Kolbe front the group, Angelle, Marie, Giovanni, Mollie and their oldest sister Katie round out the band. Mom Linda Rees has said that she thought her husband John was insane when he bought trumpets for his children when they were 2 years old, but all of their children are truly gifted with musical talent with many playing multiple instruments.

Pelican 212 will be the special guests in the Grand Parade in downtown Texarkana on Saturday, February 25, and after the grand parade the band will entertain the crowds with their Dixieland/Funk/Soul sound on the main stage at Front Street Plaza until 5:00 p.m. 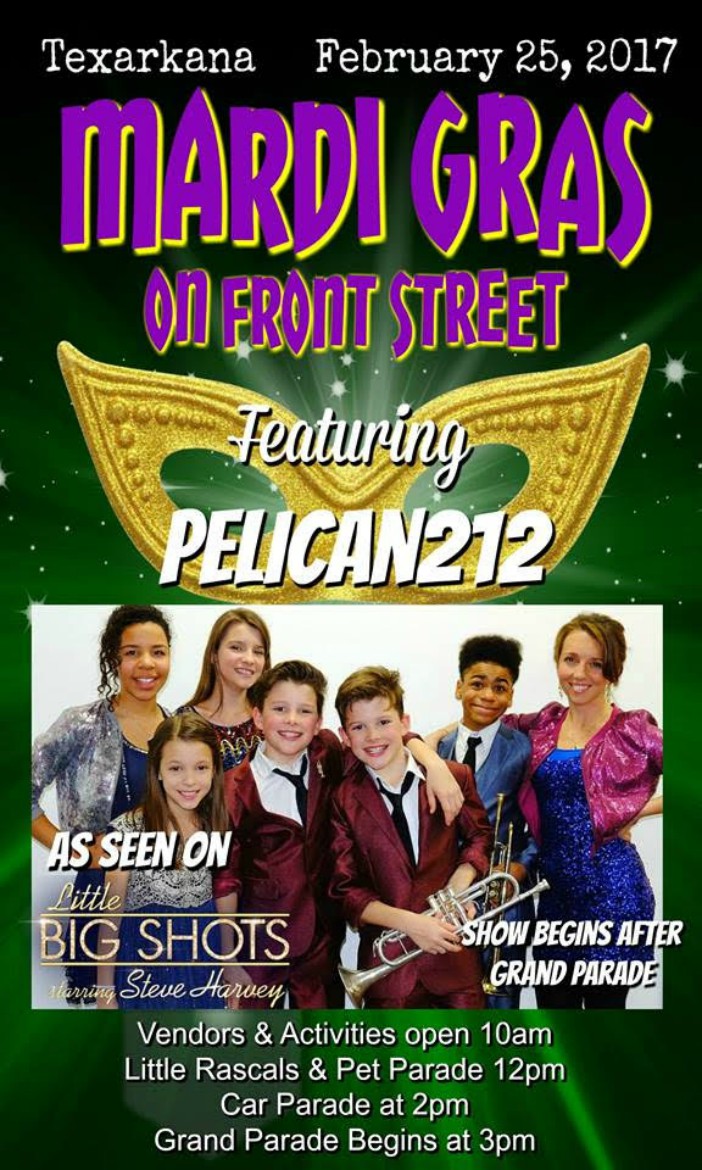