The murder of Michael Scott Roberts is still unsolved more than a year after his body was discovered in his Texarkana, Arkansas home. His family has questions and are growing more and more disappointed with the progress of the investigation daily. 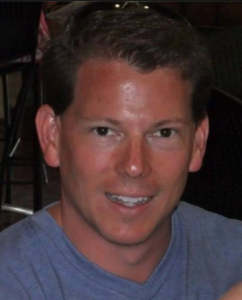 Someone knows something, even if it is just a feeling they have, somebody has information that could bring justice for Scott and his family. Anyone with any information is encouraged to call Crimestoppers at 903-793-7867, 903-793-STOP. Crimestoppers is offering a $1,000 reward, and family and friends of Roberts have raised just over $10,000 in reward money.

Scott Roberts was a charter pilot that traveled a lot. He had one son. He was found in his Texarkana, Arkansas home on July 12, 2015 dead from multiple gunshot wounds by family members. Optimism was high in the beginning of the investigation that the murderer would be found quickly, however as time drags on, the family is beginning to grow frustrated with the lack of communication with investigators. We spoke to Scott’s brother Shawn,

I am very disappointed in the way TAPD has handled this case. In the early stages of the investigation, we were kept abreast of any updates or progress on the case. We were assured by TAPD that the family would be updated on a regular basis. That has been further from the truth. If we want to know what is being done, we either have to call or schedule a meeting with TAPD. They never take the initiative. I understand that certain information does not need to be leaked in a case such as this, but an occasional call or email updating the status of the investigation is not much to ask for. Without getting into the specifics of the investigation, in the beginning  the family had full faith in TAPD. We got the impression that the case would be solved sooner rather than still unsolved. I think they skipped a few important details thinking that someone would come forward with information early in the investigation. That hasn’t turned out in their favor. The family was assured that no stone would be left unturned. But when we have asked for certain things to be looked at or examined, we are told that it is either irrelevant to the case or they make us feel like we are insulting their intelligence. We get the usual statement, “We are working hard to solve the case”. Well if they claim no stone is being unturned, why haven’t certain things that the family has requested TAPD to check up on, not been done? They should be working with the family and not against the family. Hopefully one day justice is served for Scott.

We reached out to Texarkana Arkansas Police Public Information Officer Kristi Bennett for a comment on the investigation,

The Scott Roberts case remains an active homicide investigation. Several new detectives have been assigned to the case to review evidence, case files, and witness statements. Detectives continue to follow up on new leads and spend every available hour of every week trying to identify new information that can be followed up on. Scott Roberts was complicated and many possibilities exist. We will continue to explore all possibilities and leads as they are identified. TAPD has determined that there are at least one, possibly two persons, that have further information concerning this case. TAPD urges anyone with any information regarding Scott to please come forward and speak with detectives. Although it may seem insignificant it quite possibly could bring justice to Scott Roberts.