The Miller County Sheriff’s Department is currently investigating an overnight robbery and homicide at the Fouke, Arkansas EZ- Mart store on Highway 71. It is confirmed that the cashier was shot and killed.

Investigators with the Miller County Sheriff’s Office, along with members of the Texarkana Arkansas Police Department Crime Scene Investigation unit are on scene in Fouke.

The Miller County Sheriff Office responded to the Fouke, Arkansas EZ-Mart on US Highway 71 South just after 2:00 a.m. this morning.  Deputies located a female in the store.  The female was deceased.

Initial investigation of the incident has the Sheriff’s Department seeking the public’s assistance in locating a white male wearing a red hoodie and carrying a large backpack.  Anyone with information about this incident or having seen a person meeting the general description is asked to contact the Miller County Sheriff Office at 870-774-3001.

The name of the victim is not being released pending notification of relatives.

The initial investigation into the incident is continuing.  No further information is available for release at this time.

We spoke to Fouke Arkansas Mayor Terry Purvis and he told us,

This kind of thing just does not happen here. I am in shock. She was the sweetest little girl you would ever want to meet. She was working two jobs and going to school to better her life, this is so senseless. I am praying for her family and praying to God that we find the person responsible fast and get justice for her.”

This is a developing story and we will be adding updates to this post! 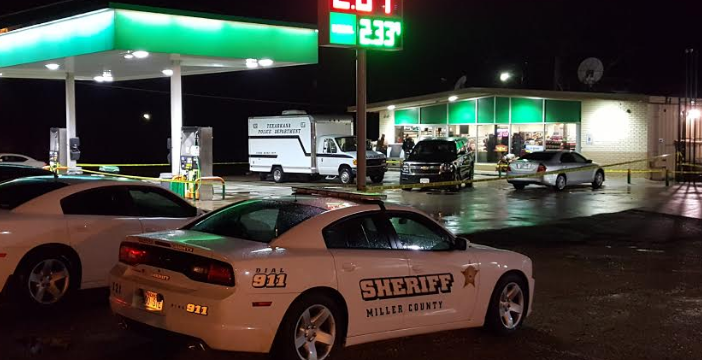