The Texarkana Texas Police Department credits two local good samaritans for intervening in an incident that helped an elderly woman that was being attacked. Police arrested Brent Wohrer, 49, of Lancaster, Ohio and he faces multiple charges.

This is a super crazy story to follow, so we just copy and past…

We want to say a huge THANK YOU to the two men who immediately intervened in this violent crime and helped protect an elderly woman – and probably saved her from serious injury. They’re heroes in our book!!!

It was a rather bizarre series of events that led to the arrest of 49-year-old Brent Wohrer of Lancaster, Ohio this weekend for several felony charges. Honestly, some of it still doesn’t make any sense – but here’s what happened…

About 9:30 on Saturday morning, we got a 911 call from a convenience store on Richmond Road about a theft that had just occurred. The clerk told us that a man came into the store and asked for a pack of cigarettes. After the clerk laid them on the counter to ring up the purchase, the man grabbed them, ran out the door, and jumped into a black SUV. We looked for the vehicle in the area but were never able to find it.

A couple hours later, we got several 911 calls about some type of disturbance in the Walmart Neighborhood Market parking lot on Richmond Road. The callers said that a man was trying to pull an elderly woman out of her vehicle. When Officers Travis Frost and Brent Lawing got there, they found that the two men had already managed to get Wohrer off of the woman and now had him restrained. They immediately recognized him as the same guy that had stolen the pack of cigarettes earlier in the day. Interestingly, they also noticed that Wohrer had a set of handcuffs already on one wrist that was so tight that it was bleeding and looked like it was cutting off the circulation to his hand. When asked, he told them that a police officer somewhere between here and Ohio tried to put the handcuffs on him about 4-5 days ago, but he managed to get away from him. (We still have no idea where this happened.)

When some other officers went into the store to watch the surveillance video of the parking lot, they were able to see the whole event unfold. They watched as Wohrer got out of the black SUV and immediately got into an unoccupied pickup truck parked right next to it. After several minutes, he could then be seen walking towards the gas pumps and returning with a gas can shortly afterwards. Meanwhile, the owner of the truck was in the store at the time and got a notification that one of her credit cards that she’d left in car had just been used at Walmart. It was after Wohrer couldn’t figure out how to get the gas he’d just bought into his SUV using the gas can, that he apparently decided to try to steal the elderly woman’s car instead.

When we ran the tags on the black SUV that Wohrer had been driving, we discovered that it had recently been reported stolen in Little Rock, Arkansas.

Fortunately, the woman Wohrer attacked only suffered some minor bruising and scrapes, and she is expected to make a complete recovery.

After a doctor was finally able to safely remove the old handcuff from Wohrer’s arm and checked him out medically, he was transported to the Bi-State Jail. He was charged with Robbery, Burglary of a Vehicle, Credit Card Abuse, and Unauthorized Use of a Vehicle. He is still being held in jail with a total bond of $225,000. 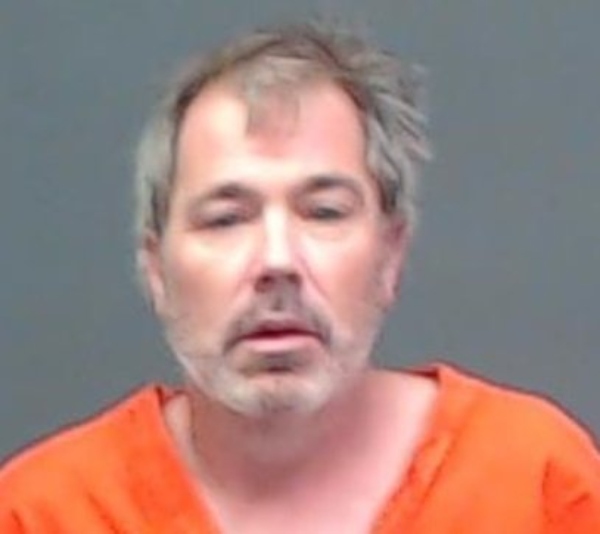