BREAKING NEWS:
You are at:Home»City News»Inmate Beaten to Death by Cellmate at Telford Unit in New Boston

It is being reported that an inmate at the Telford Unit in New Boston, Texas has died from injuries he received in a fight with his cellmate that occurred on Sunday inside the prison located at New Boston Texas. 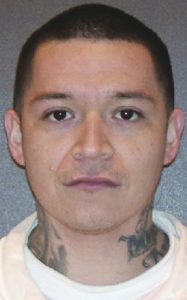 While conducting rounds near 4:00 a.m. on Sunday, June 25, Pete Armando Ayala, 29, was discovered unresponsive in his cell. His cellmate, Justin Williams, 22, was restrained and removed from the cell and prison staff began trying to revive Ayala and called 911. Ayala was transferred to Wadley Regional Medical Center and placed on life support. In the presence of his family, Ayala was removed from the equipment and pronounced dead on Monday, June 26.

Investigators with the Office of Inspector General – TDCJ are investigating the case as a homicide.

Both inmates were serving sentences for Murder. Williams will now likely face a second murder charge if found guilty of this crime.

More details on the investigation at the Bowie County Tribune.