Chad Padilla, 20, of Ellis County Texas was found unresponsive in his cell at the Barry Telford Unit in New Boston, Texas just before 2:00 am on Monday, March 21. Padilla was serving a 40-year sentence for shooting a classmate multiple times in 2018.

Padilla was serving a 40-year sentence for shooting 15-year-old Mahkayla Jones six times in the cafeteria of Italy High School in Ellis County in 2018. Jones survived the shooting. Padilla was convicted of Aggravated Assault with a Deadly Weapon and Attempted Capital Murder in 2019. 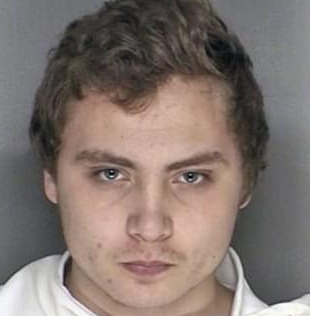 Inmate Padilla was taken on a gurney to the unit medical facility. EMS arrived and paramedics pronounced inmate Padilla deceased at 2:25 a.m.

Though the cause of death has not been made official, the Office of the Inspector General is investigating the death as a suicide. Padilla would have been eligible for parole after serving 20 years of his sentence.