It was just a great day in Texarkana. Fall Festivals around the area, kids in costumes, grand-openings and the weather was just perfect.

No bad news to report in this blog post. Just a good day in Texarkana.

Started off with our tradition of going to Smallcakes Bakery to get Charlie Dog his Pupcakes. Smallcakes has been here in Texarkana for one year October 28, 2016, and has just become our every Saturday thing… Vet approved Pupcakes, and Jeff approved Cupcakes. 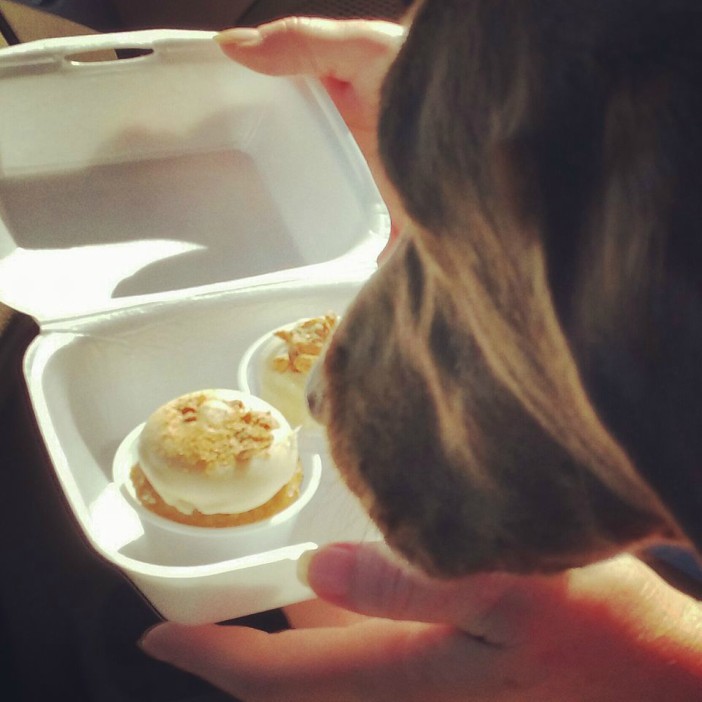 Next up, we stopped by the Grand-opening celebration of Phone Pros on Gibson Lane by Excel ER. They had pretty much turned it into a full-blown Fall Festival, with different booths set up for trick or treaters, photos with Mickey Mouse, Kids Costume Contests, Pet Costume Contests, and a lot of fun for everybody that stopped by. 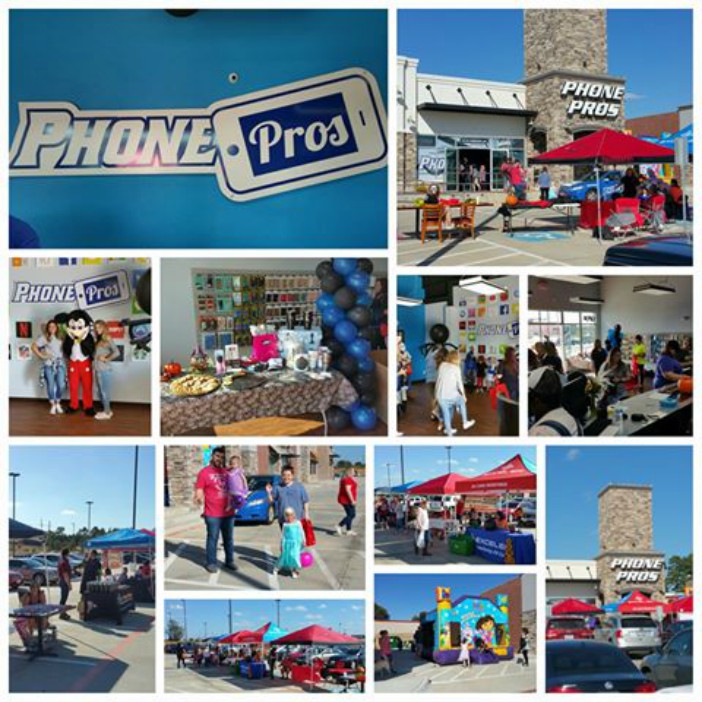 Next up we headed downtown for the Fall Festival and on the way noticed the folks enjoying the new Kidtopia Skate Park. So stopped to visit with Blayton Thompson and friends. They talked about how much the really love the new park. That before when they would try to skate places they could get tickets for trespassing, vandalism, and other problems. So for them the park is great. 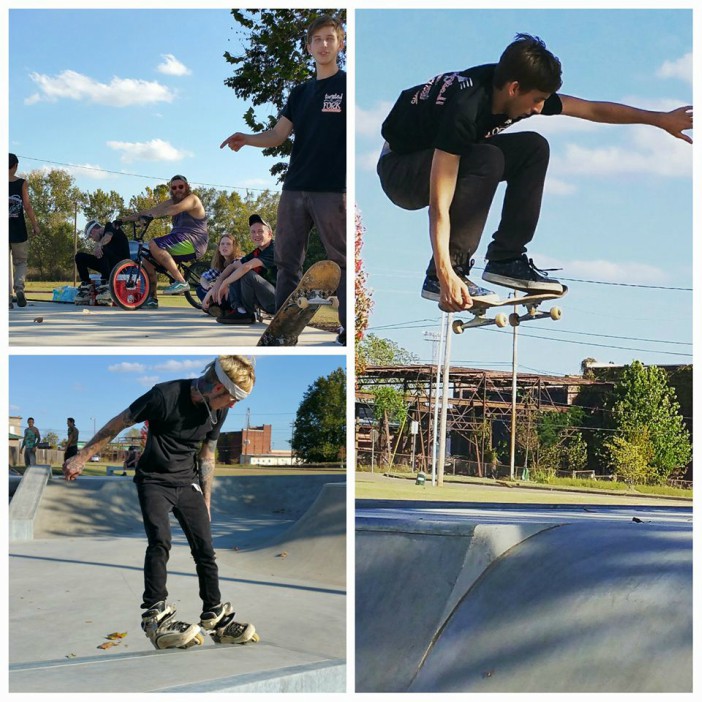 After hanging out with the Skate kids, we went over to the Fall Festival at Front Street Plaza. They had the “Thriller Flash Mob“. The dancers did great and had a lot of fun. With everyone knowing what was coming up, the crowd kind of overtook the area where they were going to be performing. Here is the most exciting part of it from where I sit… now there is a group of people in Texarkana that will get involved with something like a “Flash Mob”, so I expect we may be seeing some surprise performances around town in the future. 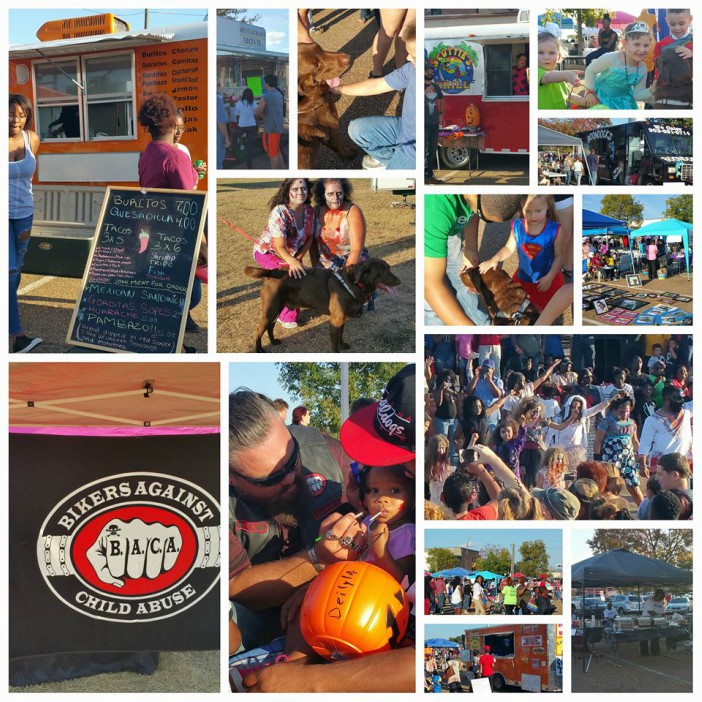 For me, my favorite photo from the Fall Festival was of a big, burly biker by the name of Meat. He was doing the face painting at the B.A.C.A Booth. He is a member of the new Texarkana Chapter of Bikers Against Child Abuse. We will be seeing them at a lot more events around the area as the group is adding more members every day. 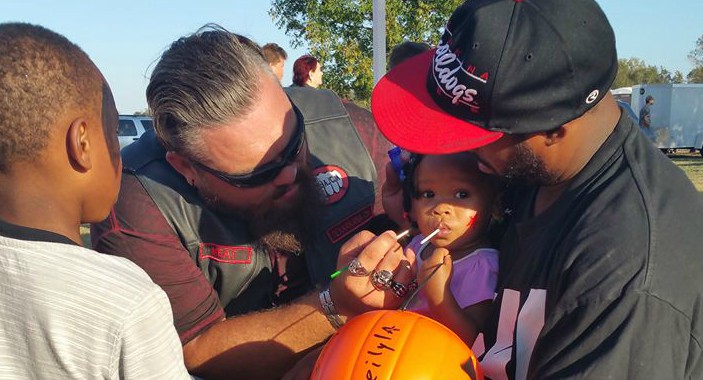 All in all, it was just a beautiful day in Texarkana.