The Liberty Eylau High School Band has been invited to represent the State of Texas and perform in the National Memorial Day Parade in Washington D.C. on Monday, May 28, 2018.

Congress John Ratliff nominated Liberty Eylau to be the band for the honor to be the representatives for the State of Texas in the nation’s capital in the annual parade that is broadcast on Discovery’s Military Channel, and worldwide to American Troops on the Pentagon Channel.

The National Memorial Day Parade takes place annually in our Nation’s capital with an audience along historic Constitution Avenue with a street audience of 300,000 plus spectators. The parade consists of musical ensembles from each branch of the military, marching bands invited to represent their states, veteran’s groups, military and specialty units, floats and VIP’s.

The trip will cost approximately $60,000, but band boosters and LE officials believe it will be possible to raise the funds before the deadline to make travel arrangements closer to Memorial Day. 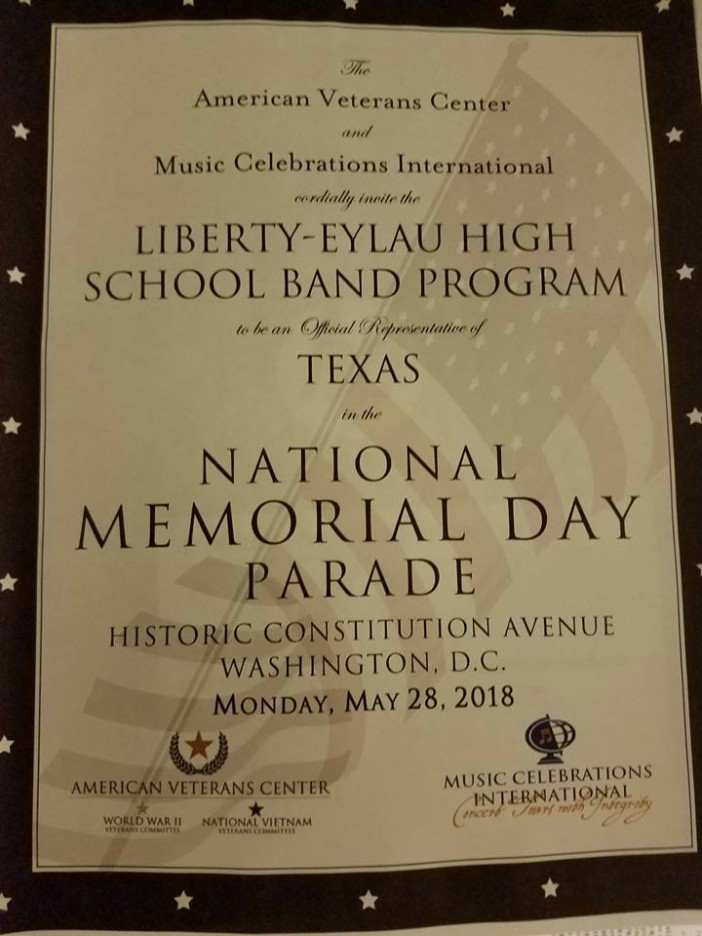