Richard “Dick” Hanson, 68, of Butte La Rose Louisiana was found dead in his home. Three people are behind bars and charged with his murder. Dick Hanson was the carnival vendor and promoter of multiple events at the Four States Fairgrounds for decades. 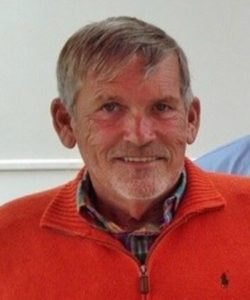 Of the twenty-seven demolition derbies done in conjunction with the Four States Fair and Rodeo, I know that Dick Hanson was the promoter of no less than 20 of them. He was a huge promoter for the Four States Fairgrounds and Event Center. He brought monster truck shows, demolition derbies, lots of other events and of course he was the operator of the carnival and midway attractions up until just a few years ago.

Richard Hanson was discovered deceased at his home on September 28 by a concerned family member. Richard had not been seen since the Saturday before. It was noticed at the scene that Hanson’s car was missing. Police immediately had a person of interest. Gary Brackett, 29, of Carencro LA was a suspect and was expected to be with his girlfriend, Jamie Lee Smith 35, of Breaux Bridge LA.. When the couple was located and arrested, they were in Hanson’s stolen car. Deputies at St. Martin Parish were able to get a warrant for a third suspect in the suspicious death of Hanson, Travis Toups, 39, of Carencro LA. has been arrested and charged in connection to Hanson’s death. Time of death is thought to have been on the afternoon of Tuesday September 27. The cause of death will be released upon completion of an autopsy.

Dick Hanson brought at least four shows a year when I first became an employee at the Four States Fair back in the late 90’s.  He was one of the kindest people you would ever meet, and if Dick had any faults to mention it was his generosity.  He was a big part of our fair family and the industry as a whole will mourn the loss of this wonderful man! I am so shocked and saddened by the news I just can’t wrap my brain around it.  He will be missed by all who knew him.