The Bowie County Sheriff’s Office reports that Kevin Melton Meredith Jr., 22, has been arrested and charged with Aggravated Assault with a Deadly Weapon after allegedly shooting Kristoffer Michael Landers, 24  at an address on Cancun Street, off West 7th Street.

On 6-23-2021, the Texarkana Texas Police Department responded to a shooting victim that had arrived at the Wadley Regional Medical Center Emergency Room. They spoke with victim, Kristoffer Michael Landers white male 24 years of age, who advised that he had been shot on Cancun Street. Bowie County Deputies arrived at both locations and took over the investigation. Bowie County Deputies spoke with Kevin Melton Meredith Jr. white male 22 years of age in front of 112 Cancun Street. Meredith was provided his Miranda Warnings and admitted to shooting Landers but claimed it was out of fear for his own safety. He stated that Landers had come to the house earlier and was beating on the door and threatened him before driving off. Meredith claimed he returned a shortly after and banged on his door again. Meredith answered the door with a firearm and stated that Landers was reaching for something inside of his own truck while standing partially in and out of the vehicle. Meredith fired one shot but claimed that he did not know whether or not he struck Landers. Preliminary investigation revealed that Meredith’s girlfriend had been romantically with Landers and that relationship led to the confrontation between Meredith and Landers. Landers was shot through the left arm with the projectile subsequently entering his left torso. He is expected to recover from his injuries. Kevin Melton Meredith Jr. of Texarkana, TX was arrested and charged with Aggravated Assault with a Deadly Weapon. He was placed in the Bi-State Jail and his bond was set at $100,000.00 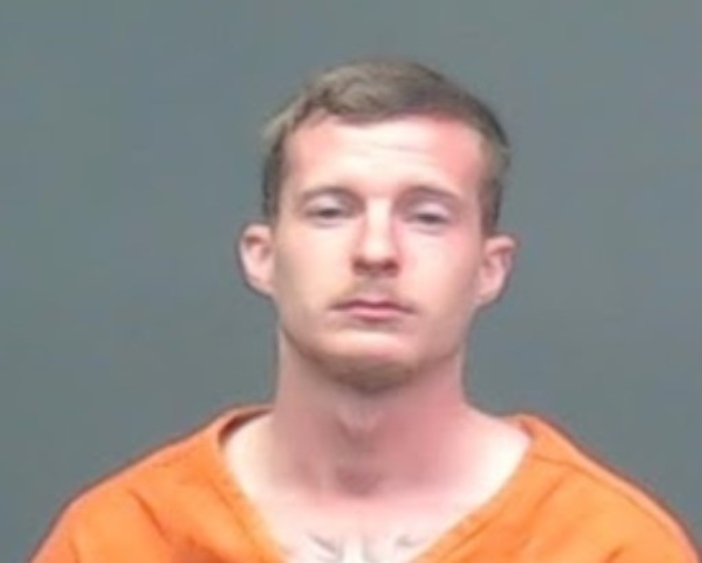