The Texarkana Texas Police Department has arrested the suspect in the Wednesday morning robbery of Bank of the Ozarks on Richmond Road. Dixon Kelly, 43, of Texarkana Arkansas is in custody and charged with Aggravated Robbery, Aggravated Assault on a Public Servant, Resisting Arrest and Evading Arrest in a Vehicle.

The Texarkana Texas Police Department has arrested Dixon Kelley III, 43, of Texarkana Arkansas, after he robbed a local bank and a fired a weapon at officers.

At 9:07 a.m. today, patrol officers were dispatched to the Bank of the Ozarks at 2609 Richmond Road to the report of a bank robbery that had just occurred.  Officers were told that a man displayed an orange firearm and demanded money from a teller inside the bank.  A witness reported that the man left the area in a black Dodge Charger. 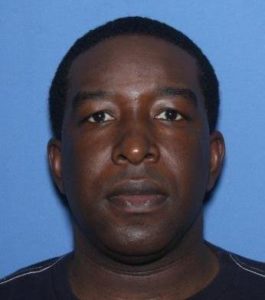 Sgt. Jeremy Courtney, who was responding to the bank robbery call, saw the vehicle traveling north on Richmond Road and was able to confirm that the license plate number was the same as the witness had provided.  Courtney attempted to stop the vehicle, but the suspect fled north on Richmond Road with officers in pursuit as it continued north into Bowie County.  The pursuit ended when Kelley reached the dead end of County Road 2301 near the Red River and his vehicle became stuck in the mud.  Kelley exited his vehicle and fired one shot toward the officers, which struck one of the patrol vehicles.  Kelley then took cover behind his vehicle as the officers ordered him to drop the weapon.  Instead, Kelley dropped his gun and attempted to run across a field to get away from the officers.  At some point, Kelley suddenly turned and pulled his hand from his jacket pocket as if to simulate that he had a weapon.  However, officers were close enough at that point that they were able to tackle him and take him into custody without further incident.

Chief Dan Shiner said, “In the aftermath of today’s early morning bank robbery, the subsequent vehicle pursuit and the aggravated assault on one of our police officers, it is important for our community to hear about the great restraint and professionalism our officers showed in the face of danger.  In spite of Kelley’s actions and the eminent danger, the officers swarmed the suspect and took him into custody without incident.  Although the use of deadly force would have been more than justified, the quick thinking and courage displayed by each of the involved officers enabled this situation to be resolved without injury to anyone.”

He added, “I take great pride in praising the conduct of each of our officers, particularly Sergeant Jeremy Courtney, and ask the community and civic leaders to join me in thanking them for their brave and selfless service.”

Kelley was transported to the Bi-State Jail where he is charged with Aggravated Robbery, Aggravated Assault on a Public Servant, Resisting Arrest, and Evading Arrest in a Vehicle.