The New Boston Texas Police Department is investigating a bizarre case where they discovered the skeletal remains of a man’s son, believed to be Jason McMichael. It is believed Jason died in 2018. David McMichael has been arrested and booked into the Bi-State Jail. McMichael is charged with the Abuse of a Corpse.

The case is under investigation, anyone with information is asked to contact the NBPD. 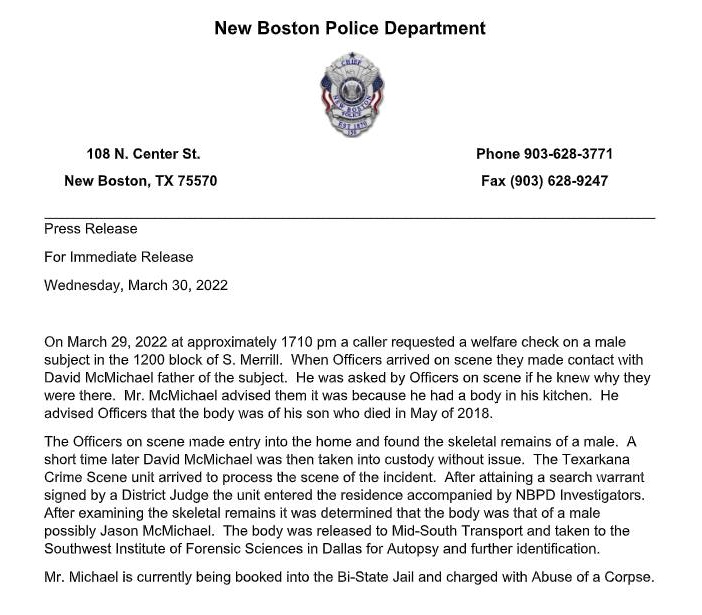