The owner of Taylor Monuments in Avery Texas, Janie Hall, 63, has been arrested and charged with theft of property over $2,500 in a case where her company was paid for granite for the Veteran’s Memorial Monument that will be located in downtown New Boston 17-months ago, but the contractor has not done the work or delivered the products.

According to reports from the Bowie County Tribune, organizers for the monument to our veterans. Organizers went to Avery to hire Taylor Monument on March 3, 2016 and paid them more than $2500 to do the granite work on the monument, that is currently under construction in downtown New Boston adjacent to the new 3 Bostons Museum.

Organizers have tried many times to make contact with Hall and have been met repeatedly with excuses. Organizers took the case to the Red River County Sheriff’s Office with their complaint and on Monday Hall was arrested and charged with theft of property over $2,500. Organizers have since hired a Texarkana contractor to complete the work. 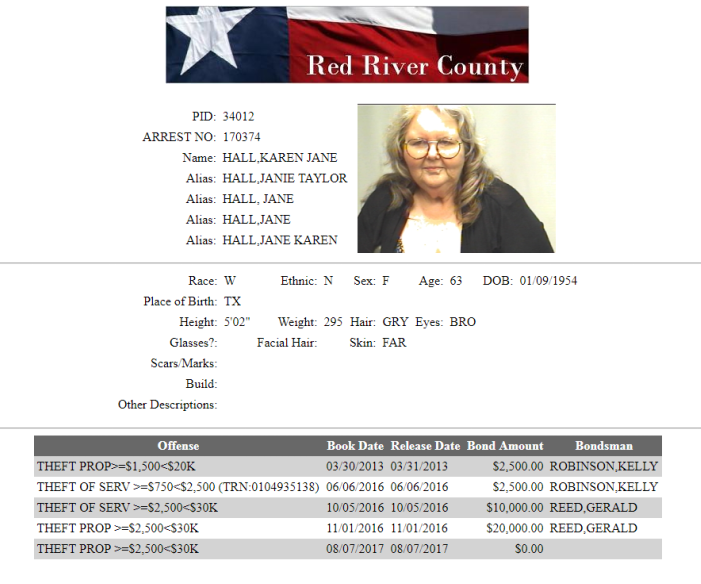