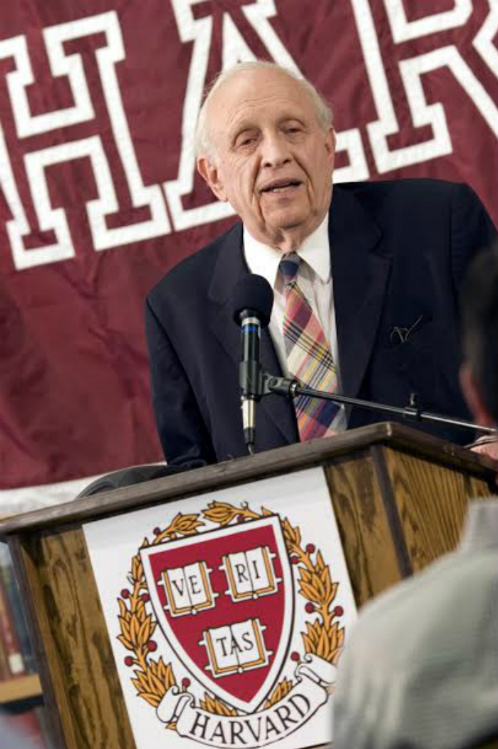 The Texas A&M University System selected A&M-Texarkana as the first stop in its Superstar lecture series, which A&M System Chancellor John Sharp began to ensure that students at all of the A&M System campuses have an opportunity to meet and learn from world-class lecturers and professors such as Dr. Glauber.

Previously, Dr. Glauber served as a member of the 2013-14 class of faculty fellows at the Texas A&M Institute for Advanced Study, which invites a small number of nationally and internationally prominent researchers to study and collaborate with faculty and students at Texas A&M University.

“Through his involvement with TIAS, I consider Dr. Glauber to be a vital member of the A&M family,” said Chancellor Sharp. “It is important that students and researchers at all of our institutions have access to the best of the best, which is exactly how I would describe Dr. Glauber. I am honored and delighted that he has agreed to share his time with the people of Texarkana, and I expect they will be fascinated by what he has to say.”

The lecture is open to the public.

Born in New York City, Dr. Glauber was a student in the 1941 first graduating class at the Bronx High School of Science. He was just 18 years old when he was chosen to leave his studies after his sophomore year at Harvard to join the work of the Los Alamos Laboratory on the Manhattan Project. He journeyed from Santa Fe Station in Lamy, New Mexico, to Los Alamos in a car with mathematician John von Neumann.

At Los Alamos, he worked in the theoretical division under Nobel Prize winning nuclear physicist Hans Bethe. In his presentation, Dr. Glauber will discuss working with Edward Teller, Richard Feynman, Stanislaus Ulam and other mathematics and science luminaries. He also will discuss his early interest in astronomy and physics, cultivated by clubs and teachers.

Dr. Glauber was awarded one-half of the 2005 Nobel Prize in Physics “for his contribution to the quantum theory of optical coherence,” with the other half shared by John L. Hall and Theodor W. Hänsch.

In Dr. Glauber’s work, published in 1963, he created a model for photodetection and explained the fundamental characteristics of different types of light, such as laser light and light from a light bulb. His theories are widely used in the field of quantum optics.

Dr. Glauber’s recent research has dealt with problems in a number of areas of quantum optics, a field which, broadly speaking, studies the quantum electrodynamical interactions of light and matter. He is also continuing work on several topics in high-energy collision theory, including the analysis of hadron collisions, and the statistical correlation of particles in high-energy reactions.

Specific topics of his current research include the quantum mechanical behavior of trapped wave packets; interactions of light with trapped ions; atom counting—the statistical properties of free atom beams and their measurement; algebraic methods for dealing with fermion statistics; coherence and correlations of bosonic atoms near the Bost-Einstein condensation; the theory of continuously monitored photo counting—and its reaction on quantum sources; the fundamental nature of “quantum jumps;” resonant transport of particles produced multiply in high-energy collisions; the multiple diffraction model of proton-proton and proton-antiproton scattering.