Two men are under arrest following the service of a search warrant on a business located in Oaklawn Village off New Boston Road in Texarkana.

The Texarkana Texas Police Department served a search warrant at a covert gambling establishment in the 2700 block of New Boston Road and arrested two people this morning.

Detectives from the Special Investigation Section arrested Lee Dailey, 51, of Palestine Texas and James Thompson Jr., 25, of DeKalb Texas today after serving the search warrant at an unmarked store front business in Oaklawn Village.  Dailey is believed to own the business, and Thompson is an employee. 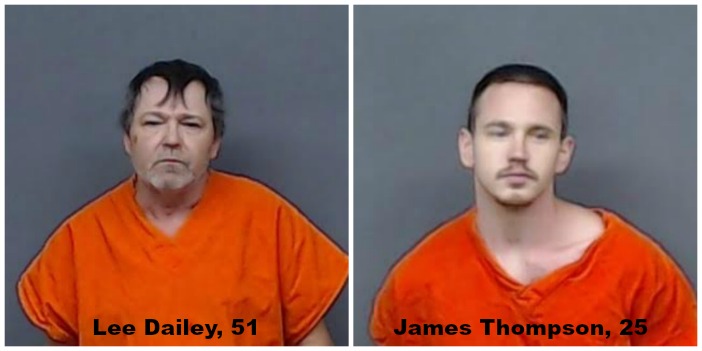 We received information from citizens about the gambling operation approximately two weeks ago.  During the course of the investigation, undercover officers entered the business on several occasions and paid to play the eight-liner games on computers inside the building.  While there, they witnessed winnings being paid out to patrons in cash.

The investigation continues, and additional arrests are expected.