An 18 Wheeler overturned as it was leaving the parking lot near the Ambassador Hotel off of Stateline Avenue.

The driver reported that as he was leaving the parking lot between Wendy’s Restaurant and the Ambassador Hotel the right rear wheels of the trailer he was pulling went into the ditch and caused the rig to flip onto its side around 2:00 a.m. Saturday morning. No T.A.P.D., or T.A.F.D. personnel were on scene when these photos were taken around 3:00 a.m. by James Zumwalt. The scene was being cleaned up by Red River Wrecker Service. 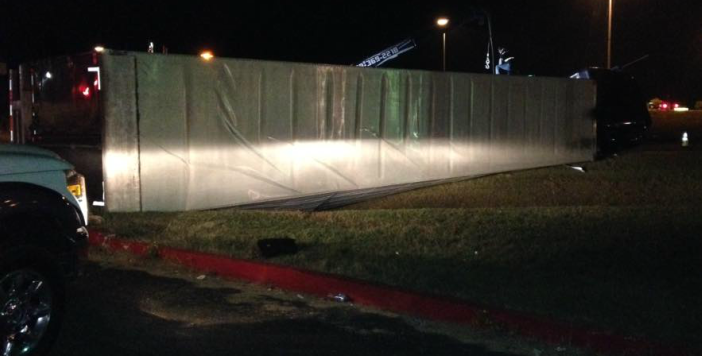 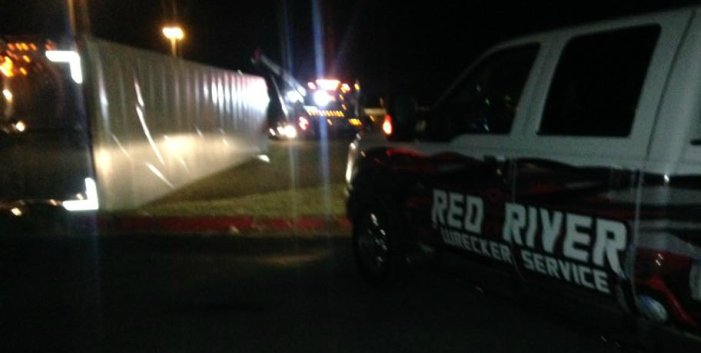 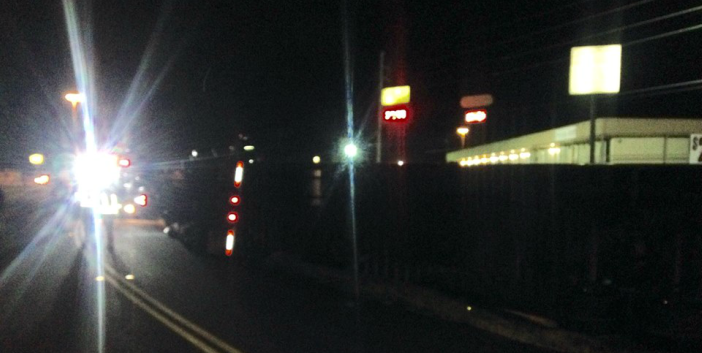