The Texarkana Arkansas Police have issued an arrest warrant for Shana Fear-Holt with charges for 3rd-degree battery, 1st-degree criminal mischief, and disorderly conduct, all misdemeanors after a recent altercation between patrons and employees of Zapatas.

A teenage hostess was injured in the incident that took place at Zapata’s between patrons waiting for a table and employees. Video of the interaction posted to Facebook went viral with the suspect arguing with what appears to be the manager as the hostess took video with her cell phone. The video is not clear as to who really did what. Witness stories online vary. The teenage hostess ended up having to get stitches to her right eye. 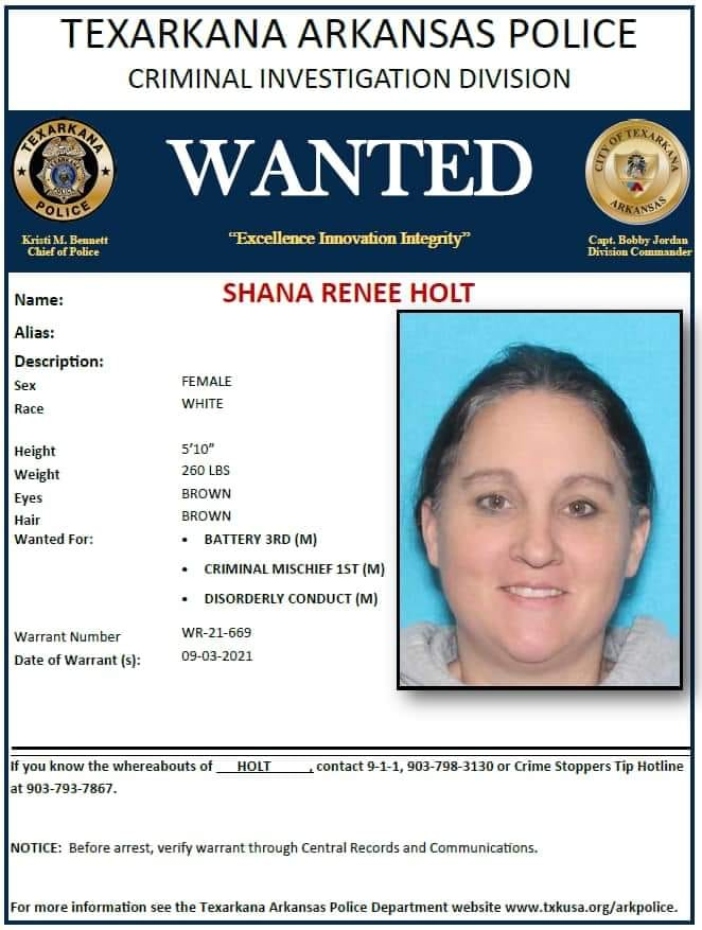