TTPD has released more information on the arrest of a capital murder suspect, Kevonte Collins. Collins was captured on Monday, May 2 in DeSoto, Texas. The suspect will be transported back to Texarkana to face charges.

After receiving credible information that Collins could be found at a residence in DeSoto, Sgt. Brad Thacker and Detective Cory Motley travelled to DeSoto to coordinate with law enforcement agencies there and request their assistance in serving the warrant. Due to the violent nature of Collin’s charge and recent threatening statements he made on social media about not being arrested, a tactical approach was initiated by the officers. Thankfully, when confronted at the residence, Collins immediately surrendered and was taken into custody without incident. Two firearms were seized inside the residence.

Collins is currently being held in the Dallas County Juvenile Detention Center. He is expected to be transported back to Texarkana in the next several days.

Chief Kevin Schutte said, “I’m thankful and relieved that this dangerous young man has now been taken into custody and hope this development provides some sense of closure for the victims’ families. I am extremely proud of the exceptional work of our detectives on this case – particularly Detective Cory Motley. They have been following up on leads on this case non-stop for the last five months and that effort paid off yesterday. I also want to thank the DeSoto Police Department, Texas Department of Public Safety, and the SRT Team from the Southwest Regional Response Group for their invaluable assistance yesterday.”

A second man was arrested at the DeSoto residence for a warrant unrelated to Collins’ Capital Murder warrant.

At approximately 5:00 p.m. on December 13, 2021, officers responded to the area after receiving a 911 call from someone saying that he had just seen a man walking in the 1900 block of W. 13th Street who was bleeding from his mouth and nose. When the first officer arrived at the scene, he located a 17-year-old victim lying in the yard in front of one of the apartments, suffering from multiple gunshot wounds. Officers then found Deangelo Handy (18) and Rikolah Young (18) inside the apartment. Both had been shot, and Handy was already deceased. Young was transported to Christus St. Michael Hospital, where he died a short time later. The victim originally found lying in the yard was transported to Wadley Regional Medical Center and later airlifted to Arkansas Children’s Hospital in Little Rock for treatment. While his injuries were significant, he is now expected to survive. 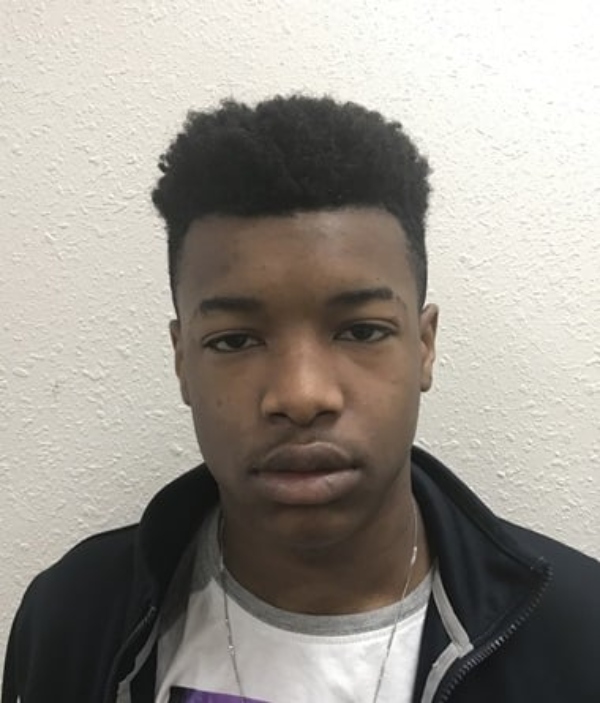 Detectives quickly identified Collins as the suspect, and a Capital Murder arrest warrant was issued a few days later. Their investigation led them to believe that he left the Texarkana area immediately after the shooting to avoid arrest. A court order issued by a District Judge in early February authorized the release of Collins’ identity to aid in his apprehension. Because Collins was a juvenile at the time of the crime, he could not be publicly identified as the suspect prior to that court order.