The Texarkana Texas Police are seeking a suspect in a credit card theft. The victim’s purse was stolen from her vehicle at Sacred Heart Catholic Church on Sunday, and this suspect used her card a few minutes later.

A lady came out of church on Sunday afternoon at Sacred Heart Catholic Church to find her car window busted out and her purse gone.

Now, we can’t say that this guy is the one that actually broke into the car, but we do know that he did show up at Walmart with one of the victim’s credit card just a few minutes later and used it to buy over $500 worth of stuff. 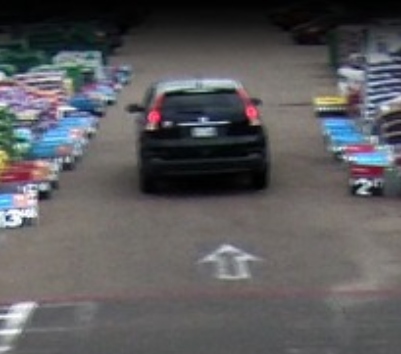