Sheriff Neal has 30 years in law enforcement experience having served four years in the Army Military Police. was with TTPD for 13 years, and 14 years with the BCSO, serving as Chief Deputy for the last six years.

Earlier this morning I had the honor of being sworn in as the new Sheriff of Bowie County by Judge Craig L. Henry I later administered the oath of office to the deputies of our Bowie County Sheriff’s Office. I look forward to working with these men and women as we serve our Bowie County citizens for the next four years. I would like to thank my family, friends and supporters who have contributed and helped me during this process. A special thank you goes out to my wife Tiffani who has sacrificed and been right by my side all along the way. I would not be where I am or who I am today without her. The last 14 years working for Sheriff James Prince have been great. Thank you to Sheriff Prince for all you have done for me. I have grown and learned so much under your mentorship. You have definitely left some big shoes to fill. Thank you to Judge Henry for taking time out of his day and away from his family to come swear me in. I now pray that I am able to continue to see the path that my God has prepared for me and that I have the strength and wisdom to follow Him there. 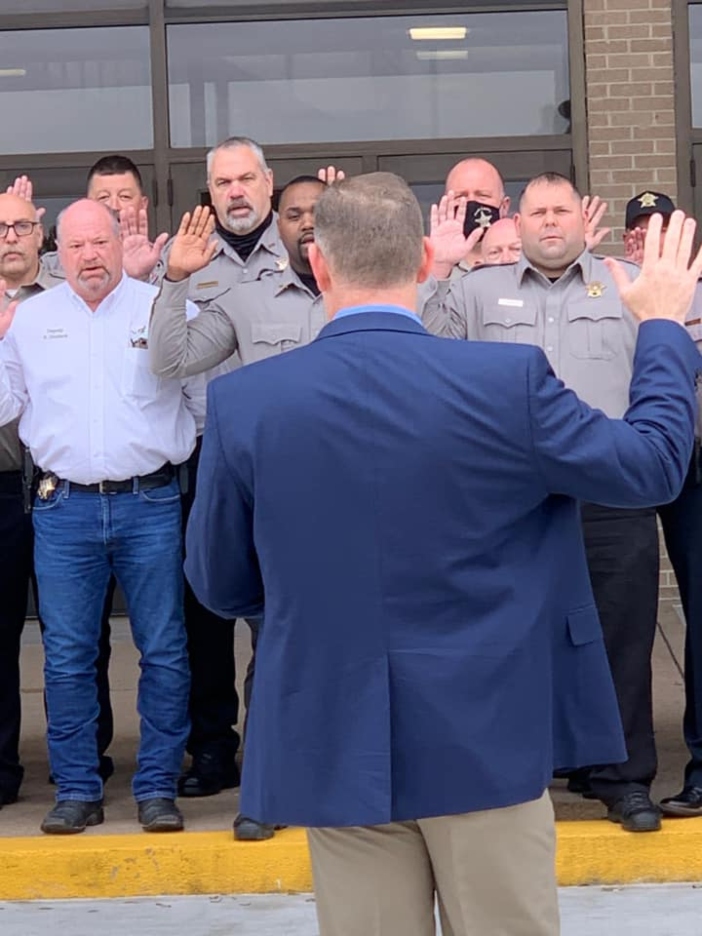