The Texarkana Texas Police Department along with Bowie County Deputies and T.T.F.D responded to a shooting call at the Shamrock Station on the corner of Lake Drive and Allen Lane in Texarkana.

Police are currently investigating the shooting that occurred at the Shamrock Station located at 2702 S. Lake Drive at the corner of Allen Lane just up the street from the Sunset Apartments. The incident was reported around 1:40 p.m.. Witnesses report that they saw a man fall out of a car in the parking lot, and when he was asked if he was alright he responded that he had been shot. The victim was transported to a local hospital by Lifenet.

T.T.P.D. Public Information Officer Shawn Vaughn reports that the victim was shot twice at an unknown location and driven to the store by a friend. The victim was transported to Wadley Regional Medical Center and is currently in surgery. T.T.P.D. continues to investigate. 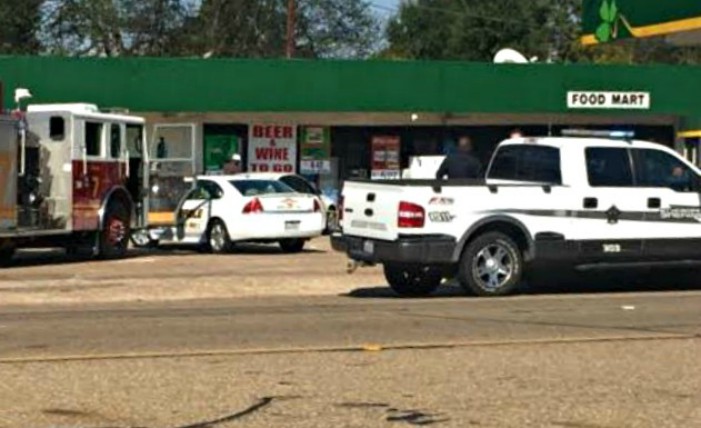