T.I.S.D. Volunteer Vicki Post is listed among 15 volunteers statewide that will be receiving the prestigious “Heroes for Children” Award. Ms. Post is the fourth volunteer in six years to receive the honor.

The State Board of Education will honor one of Texarkana Independent School District’s own during a special ceremony being held on Friday, September 16, 2012, in Austin, TX.   Fifteen Texans were chosen because of their volunteer service to Texas public schools and will be presented with the Heroes for Children award.  For TISD, this is the fourth volunteer in six years to be named to this prestigious group of state volunteers. 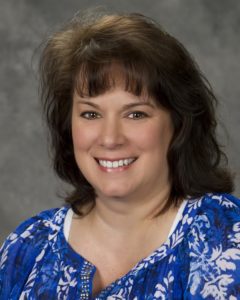 Vicki Post became involved with the TISD Volunteers In Schools (VIPS) Program ten years ago when her daughter was in the 3rd Grade at Nash Elementary School.  From coordinating classroom parties, carnivals and staff appreciation days, Post was determined to make a difference.

As her daughter moved up in grades, Post moved up as a volunteer, taking on more and more responsibilities.  For Texas Middle School, she became a campus VIPS officer and Concession Stand Coordinator.  Post worked on Red Ribbon week events, served as a dance chaperone, helped with textbook distribution, handled filing in the Attendance office, created food baskets for Thanksgiving and Christmas and assisted Leadership students with shopping for other students in need.

“I am so thankful for all the opportunities TISD provides for their students; and I have been blessed to be a part of so many great programs, said Post.  “Being an involved parent volunteer has helped me be a better informed parent.”

“In my opinion, a Hero for Children is more than just a volunteer,” shared Brad Bailey, Texas High School Principal.   “They are a person who puts their needs above everyone else, who loves children, works tirelessly on every committee, counsels and encourages students, and rallies others to be a part of our student’s lives.  Vicki is a person of strong character and a love of community involvement.  She is an amazing person with a huge heart.”

Today, with a daughter as a senior, Post spends her volunteer efforts on the Texas High School campus.  She has been a grade level representative, Vice President and has served two years as President for the campus VIPS program.  Additionally, she was a Founding Member of the THS Dash for Cash Scholarship Run, served as Co-Chairman for the 2016 THS Prom & Project Celebration and served as a Texas LEAD mentor assisting students with preparing for college, interviewing skills and community service.

At the District level, Post has served on the VIPS District Executive Committee, served as Vice President and President and was recently appointed to the Campus Quality Improvement Committee and as College Coordinator for Texas High School.

The Heroes for Children honorees are selected by the State Board members and recognized for volunteering their time, talents and skills in support of the public schools in their communities.  Each hero will receive a certificate of honor, a copy of the resolution scheduled for Board approval and photographs commemorating the ceremony.  Each hero will also have his or her name engraved on a plaque that is permanently displayed at TEA headquarters.