The BCSO have responded to requests for the report on the animal abuse case that was seen on video from the Phillip’s Forest Products Lumberyard in DeKalb, Texas. In the report two suspects are listed. Both are white males, one adult and one juvenile. The report states that the adult male suspect is identified as Alan Willis of DeKalb, Texas. We will not post the identify of the juvenile because of his age. Willis was identified by a family member and reportedly made contact with law enforcement and the report states that the family member will be bringing both subjects in to the Bowie County Sheriff’s Office this week.

No information was released regarding any arrests in the case. 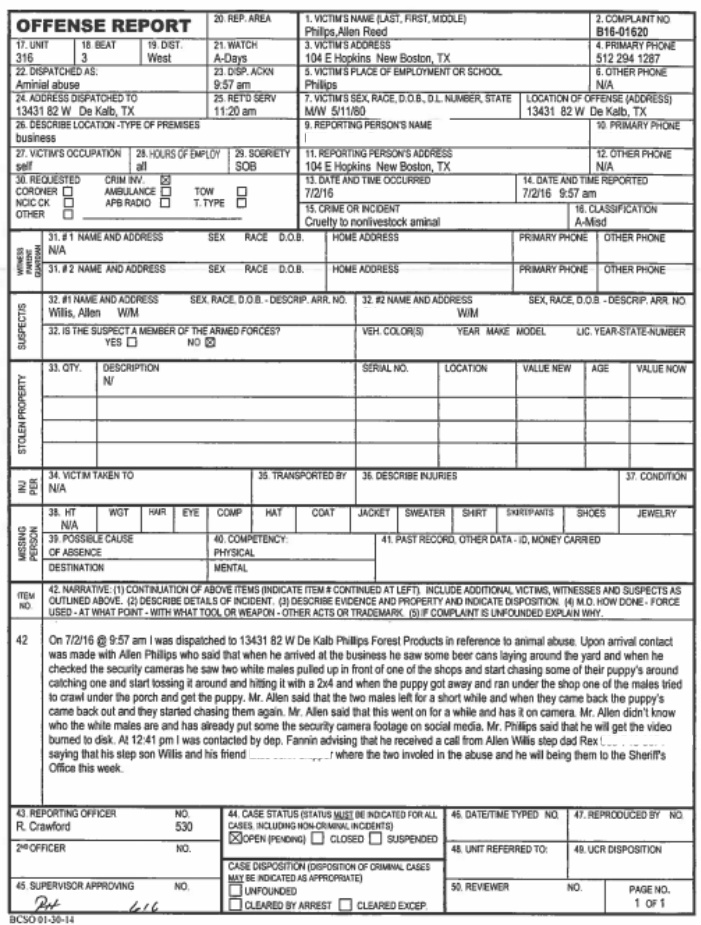