Texarkana Arkansas Police report the arrest of the alleged triggerman in the Magnuson Hotel shooting incident Tuesday morning in Texarkana Texas. Michael Wilkerson, 31, was subdued after SWAT officers used a JPX pepper gun to get the suspect to comply.

On Thursday, June 25, 2020 at 11:30am, Texarkana Arkansas Police were called to the 200
block of Jackson Street in response to Arkansas Probation and Parole requesting assistance in
the arrest of Michael Wilkerson, 31 years of age, who had multiple violent felony warrants
out of Texas and Arkansas.

TAPD SWAT arrived on scene and entered the residence, locating Wilkerson hiding in a
bedroom. After he failed to comply with orders to surrender, SWAT deployed a shot from a
JPX less lethal pepper-gun and Wilkerson was taken into custody. He was decontaminated
immediately upon his arrival to the jail and suffered no injuries.

Thank you and you can visit the Texarkana Arkansas Police Department online at
http://www.arkpolice.txkusa.org.

Wilkerson is the prime suspect in the case of the shooting at the Magnuson Hotel in Texarkana Texas. TTPD had issued this release on Wednesday:

We are trying to find Michael Jerome Wilkerson after he allegedly shot another man in a hotel room on N. Stateline Avenue early yesterday morning. Detective Warren Smith obtained a felony warrant for Aggravated Assault with a Deadly Weapon for Wilkerson after learning that he was the shooter.

About 3:45 yesterday morning, officers found a 32 year old man laying in the bushes outside the Magnuson Hotel. He was unconscious and had a gunshot wound to his leg that was losing a lot of blood. The officers immediately applied a tourniquet to try to control the blood loss – it was later learned that the bullet had hit the man’s femoral artery. He is currently in critical condition in the ICU at the hospital. 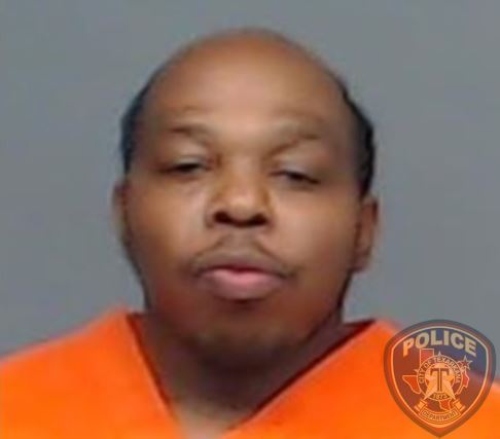