The Texarkana Arkansas is asking for the public’s assistance to identify an armed robbery suspect. The robbery occurred Sunday the 24th on Jefferson Avenue just before 9:00 pm. Here are some pics and a short video clip.

On January 24 th , 2021 at approximately 8:58pm, The Texarkana Arkansas Police
Department received a 911 call from the Tobacco Station store located at 3202 Jefferson
Avenue in Texarkana, Arkansas. The caller informed the dispatcher a black male wearing
a camouflage type face mask, black hoodie with a green under shirt and black jeans had
entered the store and displayed a firearm, demanding money from the register. The
caller advised no one was injured and the suspect was last seen exiting the store going
west on East 32 nd Street. The suspect took approximately $500.00 cash and
approximately $450.00 in smoking devices.

Officers did not locate anyone in the general area as they combed surrounding
neighborhoods. The Criminal Investigation Division is asking for your help! If anyone can
positively identify the suspect in these photos. The suspect appears to be approximately 6’0” tall and approximately 200lbs. He was also wearing a black hat. He was in possession of a black, white, and blue sports type gym bag. 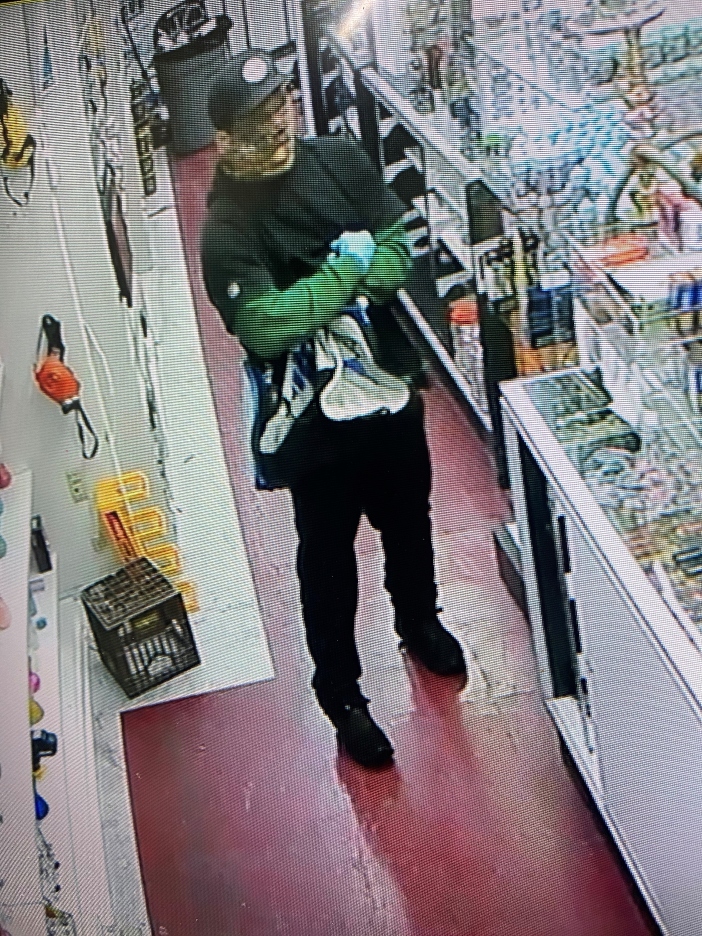 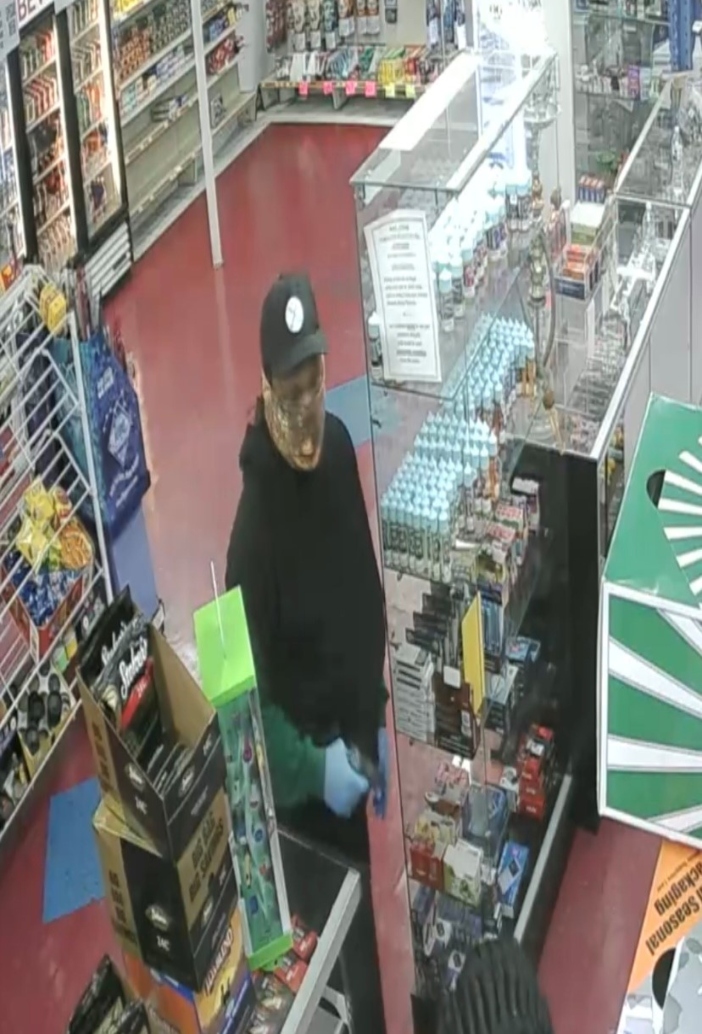