A video posted by a Texarkana Arkansas mother of the burglary of her home in College Hill by children over the weekend has gone viral after being posted and shared nationally at mediatakeout.com. 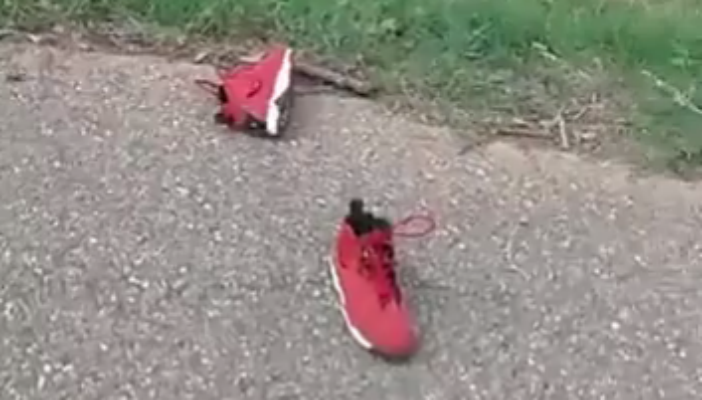 Touted as the “Most Visited Urban Website in the World” the video MediaTakeout.com shared shows a Texarkana mother confronting some children, in the presence of police, at Bramble Park in Texarkana Arkansas. At the beginning of the video, you see the accused child and some stolen Jordans sitting on the sidewalk and a Texarkana Arkansas police officer overseeing the situation. The lady shooting video uses extremely graphic language. Soon, the mother of the accused comes to the scene and proceeds to get herself arrested for her actions in defending the kid instead of trying to find out what was really going on. The burglary victim then proceeds to walk back to the home where the thefts occurred. There we see police on the scene, and juvenile suspects sitting on the ground. She proceeds into the house where police had gathered some of the items that the children had gathered. Among the items the kids were taking, were shoes, Little Debbie Snacks, a case of Dr. Pepper, Pink Flip flops, small t.v., hover boards and more…. a window was broken to gain access in the house and a terrible mess was made.

We reached out to the Texarkana Arkansas Police Department and received this comment,

The incident occured on Saturday March 25. TAPD turned the case over to DHS as the children were under age for prosecution. The woman, was arrested for disorderly conduct.