The Texarkana Texas Police Department is searching for Princeton Crawford for Aggravated Assault and Deadly Conduct after he allegedly rammed his girlfriend’s car several times and then shot a man about 5:00 Friday evening.

We’re looking for Princeston Crawford for Aggravated Assault and Deadly Conduct after he rammed his girlfriend’s car several times and shot a man about 5:00 this afternoon.

Crawford became upset when he found out that his girlfriend was giving rides home to her co-workers – and apparently really upset when he realized that the victim was one of those she was giving a ride to. He went looking for her, and after he found her, starting ramming her car with his. He wound up chasing her for several minutes before losing her. However, he knew where the victim lives so he drove there and waited nearby for them to show up. When they did, he blocked Nichols Drive with his car so they couldn’t get through and then got out with a gun. The girlfriend bailed out of her car when she saw Crawford, but the victim slid across to the driver’s seat and tried to drive away. Crawford fired several shots into the car – one of which struck the victim in the arm. The victim abandoned the car in the middle of Kennedy Lane after he realized that he’d been shot and ran home. A relative took him to an urgent care center for treatment. Crawford had fled the scene by the time we arrived, but he left the weapon behind.

Detectives obtained warrants for the two charges tonight, and we are currently searching for Crawford. If you know where he is, please call us 903-798-3116 or Texarkana Area Crime Stoppers at 903-793-STOP. 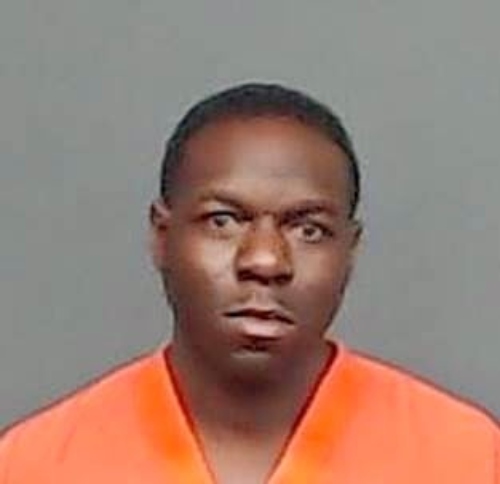