Delta Squad officers were able to catch a group of vandals overnight with cooperation between law enforcement agencies from both sides of Stateline Avenue.

The alleged vandals were armed with pellet rifles and knives believed to have been stolen previously. Officers showed great judgement and restraint and the suspects are very lucky that they were not seriously injured.

On Tuesday, March 15, 2016 at 1:00am Texarkana Arkansas Police responded to Sugar Ridge Lane in reference to multiple calls of a suspicious vehicle traveling around the neighborhood. One of the victims advised that the front glass door had been shot out by a possible airsoft or BB gun. Both victims described the suspect vehicle as a grey mini-van.

Texarkana Texas PD arrived and continued the investigation which led to the recovery of; 3 rifle style pellets guns, 2 swords, a large knife, and various prescription medications. Most of the property recovered is suspected to be stolen previously from a residence in Bowie County, Texas.

Delta Squad Officers were quick to respond to the area were several individuals were traveling around with weapons, vandalizing property. Even though 3 of the weapons were pellet guns, this placed our officers in a very dangerous situation. Thankfully only property damage was caused during this incident and no one was seriously injured. 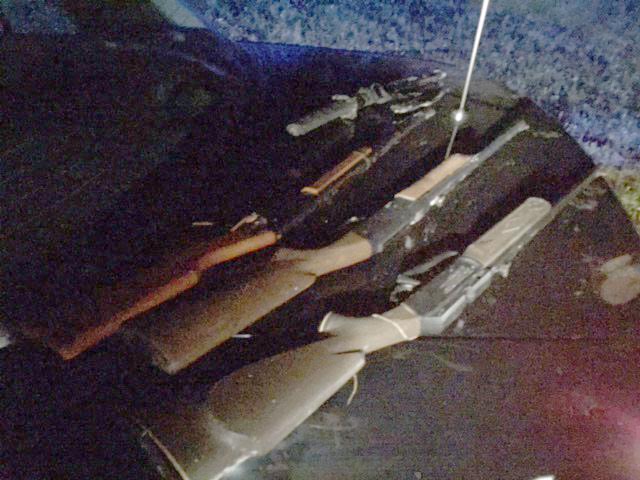