The Texarkana Texas Police Department is investigating a Wednesday morning robbery at the Wells Fargo Bank location in the 1700 block of New Boston Road. After robbing the bank the thief made his getaway on a bicycle.

The Texarkana Texas Police Department is investigating a robbery that occurred at a local bank this morning.

Officers were dispatched to the Wells Fargo Bank, located at 1718 New Boston Road, at 9:15 a.m.  Upon officers’ arrival, bank employees told them that a man armed with a pistol entered the bank and demanded a teller give him the money from the cash drawer.  After getting an undisclosed amount of money, the man fled the area on a bicycle.  A witness reported that he followed the man to a house in the 100 block of Milton Street, where he abandoned the bicycle he was riding and got into the passenger side of a charcoal gray Toyota 4Runner with temporary tags.  The vehicle was last seen headed west on New Boston Road.

The suspect is described as a black male, 5-7 to 5-8, and weighing approximately 160 pounds.

If anyone has information on this robbery, they are asked to contact the Texarkana Texas Police Department at 903-798-3116 or Texarkana CrimeStoppers at 903-793-STOP. 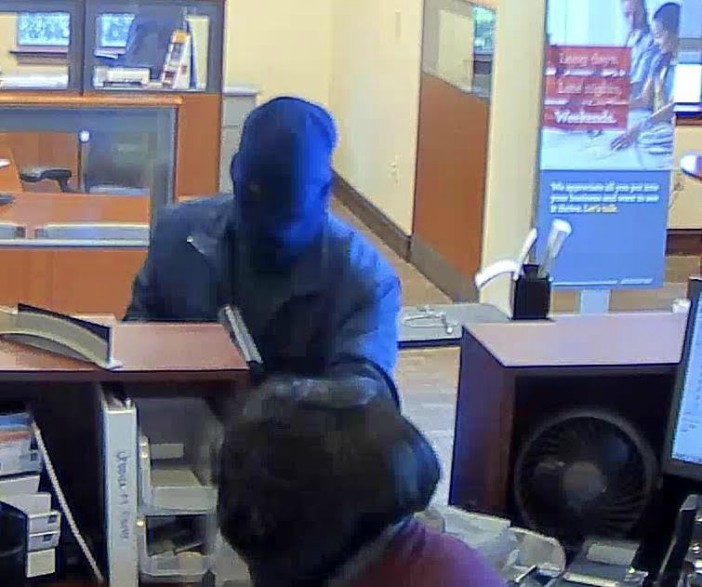