The Texarkana Texas Police are seeking assistance in identifying these three burglary suspects in a case where thieves targeted property of people at three different local gyms.

On June 27, multiple victims at three local gyms reported that their car keys had been stolen from a key board while the victims completed their workout regime.  Once the suspects had the victims’ keys, they were able to easily unlock and burglarize the victims’ vehicles in the parking lot.  The suspects removed wallets, credit cards, and debit cards from the vehicles.  Between the three gyms, there were at least fifteen vehicles burglarized in this manner that day.

A short time later that evening, three women purchased several gift cards using the stolen credit cards at the Walmart Supercenter, located in the 4000 block of New Boston Road.  The women, who were captured on video as they left the store, are believed to be responsible for the vehicle burglaries.

Anyone who recognizes the suspects or has information about this felony crime is asked to contact the Texarkana Texas Police Department at 903-798-3116 or CrimeStoppers at 903-793-STOP. 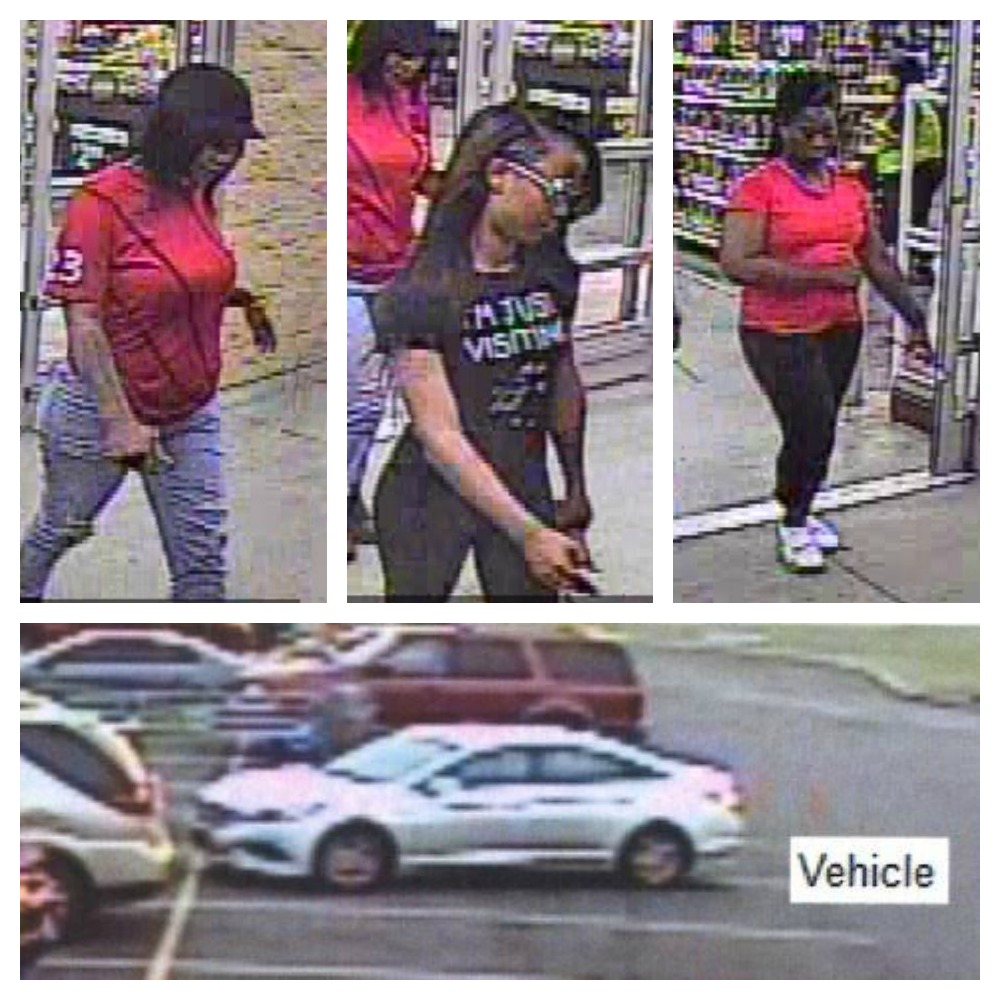