For the first time in U.S. history, regulators have allowed full foreign ownership of radio stations in the U.S. and a few Texarkana radio stations are part of the historic deal.

Richard and Sharon Burns are the first foreigners to ever have full ownership of a licensed U.S. broadcast station. The couple are Australian Citizens but have lived and worked in Juneau Alaska since 2006 on special Visas offered to Australian citizens. It is reported that the couple is seeking U.S. Citizenship and consider Juneau their home. Burns was quoted in a story to the AP,

“Our life is here in Juneau, Alaska, every single day,” said Burns, who serves on the board of the Juneau Chamber of Commerce and in 2010 was named its citizen of the year.”

Sharon Burns hosts a morning show on a Juneau country format radio station that the couple owns, and Richard Burns is a host on their Juneau oldies station. 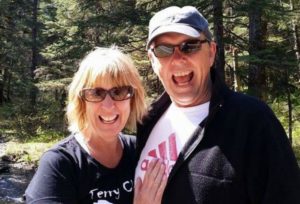 The couple originally came to the States in 2006 after family-owned Alaska Broadcast Communications radio group, with 6 radio stations in Alaska, wanted someone with international experience to operate their radio stations. Richard Burns came on board with his company Frontier Media LLC holding 20% ownership of the company owned by Roy Paschal. Together they picked up additional radio properties over the last decade including the Texarkana Radio group with stations KTTY-FM, KTFS AM-FM, KBYB-FM, KCMC-AM, and KTOY-FM. Altogether the Burnses will own or operate 15 radio stations in the United States, 8 FM and 7 AM stations in Alaska, Texas, and Arkansas when the deal closes on March 31, 2017. The request made to the FCC was to move the Burns holdings from 20% ownership of the stations to 100% ownership. In the filing to regulators, it is stated that Paschal plans to retire and that the sale of the company will not only help fund his retirement but also provide inheritance for his family and notes “there are no other potential buyers reasonably identifiable” for the primarily Alaskan operation.

The request for full ownership was unopposed and approved. This makes Richard and Sharon Burns the first foreigners to ever own 100% of a U.S. radio station.

In 2013 regulators agreed to look at the federal law that dates back to the 1930’s that restricted foreign ownership or voting power in a U.S. company with a broadcast license to 25% or less. The FCC agreed that they would look at applications on a case by case basis. With the couple having managed stations in the U.S. for the last 10 years, and the fact that Australia is not considered a source of terrorist activity or any type of security threat to the U.S., the deal was granted.