The athletic department at Texas A&M University – Texarkana, coaches, staff, athletes, and supporters have all worked very hard and the proof is in the campus being named by the National Association of Intercollegiate Athletics as a Champions of Character Silver Five Star institution.

Champions of Character provides training to ensure student-athletes know, do and value the right things in all areas of life. Five core values – integrity, respect, responsibility, sportsmanship and servant leadership – are put into play, accounted for and tracked at all NAIA schools.

Institutions are measured on a demonstrated commitment to Champions of Character and earn points in character training, conduct in competition, academic focus, character recognition and character promotion. Institutions also earn points based on exceptional student-athlete grade-point averages and by having minimal to no ejections during competition throughout the course of the academic year.

“As a department of four years, receiving the Champions of Character Five Star Award is truly an indication of the quality of personnel among the coaching staff, athletic department and the student-athletes themselves,” said A&M-Texarkana Athletic Director Michael Galvan. “Our coordinator of student-athlete services does a spectacular job of finding projects and teaming up with our coaches who interact with community members to find these volunteer services. Our student-athletes have bought into the idea of serving the community they are a part of and have become giving of their time to schools, nonprofits and those who are in need.”

The Champions of Character program launched in the early-2000s and is continually refining to ensure the NAIA is always at the forefront of character promotion in collegiate athletics.

Amber Galvan manages the Champions of Character program for A&M-Texarkana. 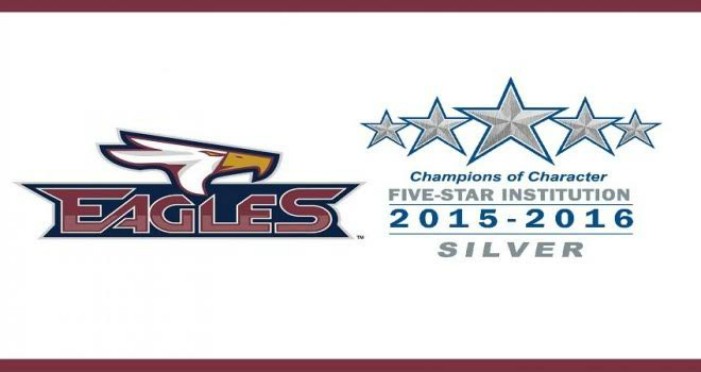