Texas A&M University-Texarkana chair of the Biology Department, Dr. Benjamin Neuman, recently presented a session on new viruses to top scientists from around the world at the XIVth International Nidovirus Symposium in Kansas City, Missouri. 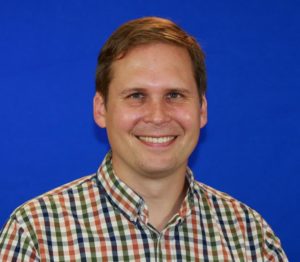 “There is a world of new viruses out there, and new ones keep popping up – whenever anyone reads genetic data from a plant or animal, they will also pick up the viruses inside that organism.  As it turns out, the average healthy-looking living thing is infected with around a dozen viruses at a time, most of which are new to science.  In this study we were looking for a particular kind of giant virus called a nidovirus, and what we found changes the way we look at this group of viruses,”

“Before this conference, we thought it was mostly people, farm animals and mosquitoes that catch nidoviruses. These new viruses show that nidoviruses are in most kinds of animals, suggesting that this group of viruses is able to make big evolutionary leaps between very different kinds of hosts.”

“As part of the conference, I also participated in the ICTV Nidovirus taxonomy study group, where I named 56 new taxonomic ranks including the new virus families Abyssoviridae, Euroniviridae and Tobaniviridae. Before the addition of the three new families, the nidovirus order was comprised of four families.”

The International Nidovirus Symposium is a prominent scientific meeting that focuses on a unique group of viruses infecting a wide range of animal species and humans. Over the past 40 years, the Nidovirus Symposium has evolved into a triennial event that covers all aspects of cutting-edge nidovirus research and technological developments.

The symposium provides an opportunity for scientists from academia and industry to share their latest research findings, exchange ideas and develop collaborations.