Texarkana Texas Police have arrested 25-year-old Michael Darius Moore for capitol murder in the death of 2-year-old Kadarius King in November of 2015. 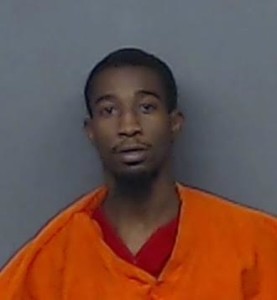 Patrol officers were dispatched to a report of an unresponsive child in a residence in in the 1000 block of Waterall Street on November 21, 2015 at approximately8:45 p.m.  Upon arrival, officers found Moore was attempting to perform CPR on two year old Kadarius King in the living room of the house.  Moore told officers the child starting vomiting while eating and lost consciousness.  King was immediately transported by ambulance to Wadley Regional Medical Center, where he later died.

The child’s body was sent to the Southwestern Institute of Forensic Sciences in Dallas for an autopsy, where the cause of death was determined to be blunt force trauma.

Moore, the boyfriend of the child’s mother at the time, was babysitting King and two other children alone that evening while the mother was at work.

Moore was arrested today at the Texarkana Police Department when he arrived to talk to detectives.  He is currently be held in the Bi-State Jail.  Moore’s bond is expected to be set on April 29.