There will be dozens of vendors displaying and selling goods and services, several high school football teams and bands; including Texas High, Arkansas High, Pleasant Grove, Liberty-Eylau and Atlanta. The schedule of events is listed at the end of this story. Fans can come rub elbows with sports greats, current stars and celebrities and enjoy the band performances and interviews with players and coaches on stage. Something new this year; a chance to meet the American Legion team from Texarkana (Texarkana Razorbacks) that won the American Legion World Series and they will bring the championship trophy.

Admission into the Fox Fan Fest is Free, compliments of Fox Sports Radio 1400. This is an event for the whole family. 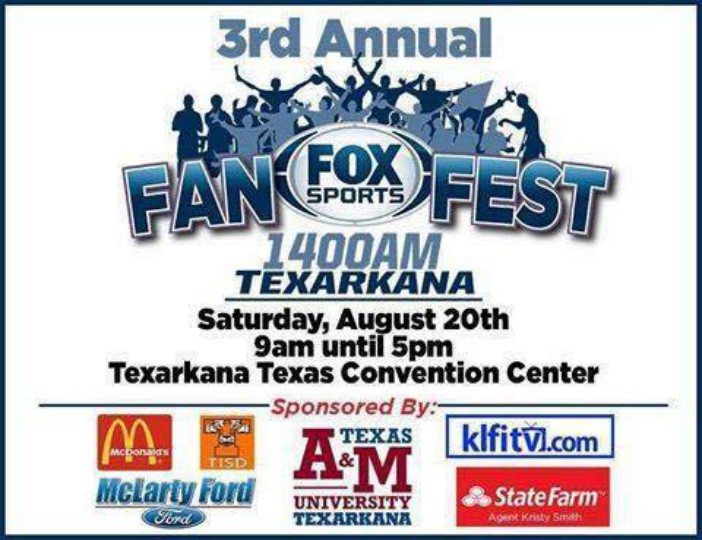