Police in New Boston, Texas have arrested a man after a traffic stop and charged him with money laundering after K9 Officer Bentley alerted to the smell of narcotics in the vehicle. Police discovered and seized approximately $40,000. It is believed the money was being transported to the U.S./Mexico border area. 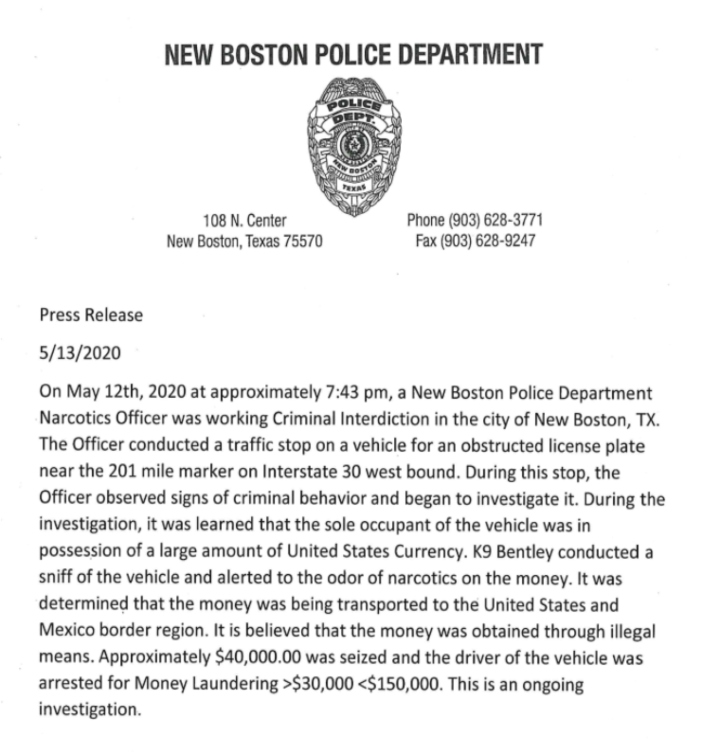 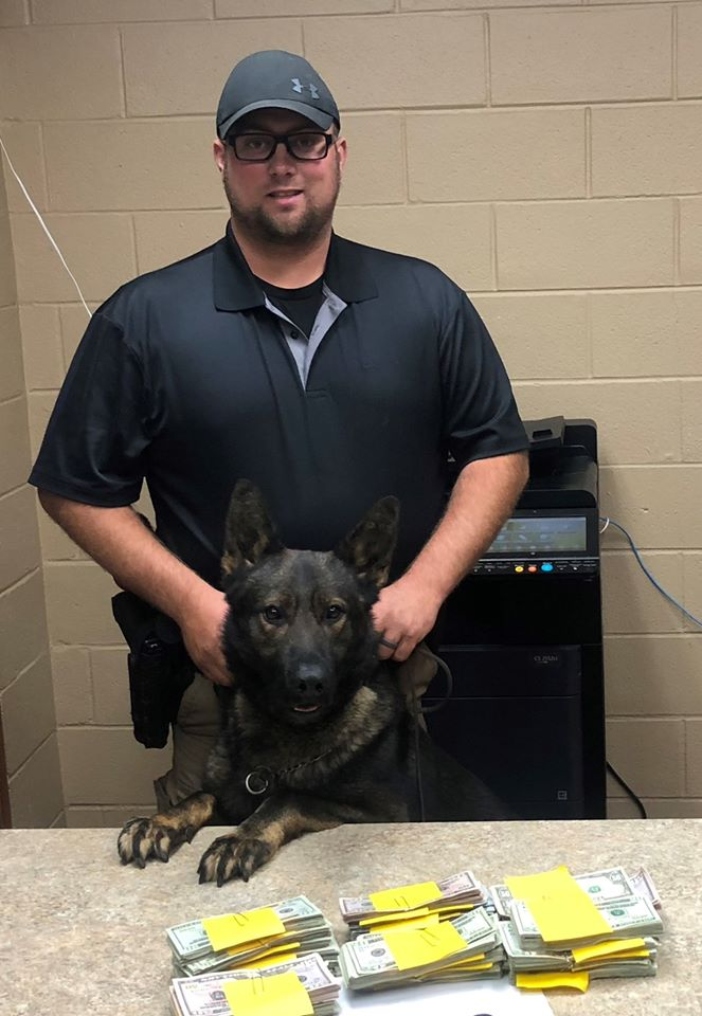