The Texarkana Texas Police Department arrested Everick Monk, 58, of McNeil, Arkansas, on multiple charges and he may face additional charges. Monk is currently in jail with bail set at $175,000.

We arrested Everick Monk, 58, of McNeil, Arkansas, for Burglary of a Habitation with the Intent of Committing Another Felony and Evading Detention with a Vehicle.

Early one morning this week, we got a call of a sexual assault that had happened at a home near Richmond Road and Summerhill Road. The victim had been awakened by a man who was armed with a knife standing over her bed. After he assaulted her and left, she was able to call 911 for help.

While officers were at her house investigating, a seemingly unrelated call came in about a possible intoxicated driver in the area a few minutes later. While officers weren’t able to initially find the vehicle, the very astute dispatcher ran the license plate provided by the caller and discovered that Monk was the owner – and he was a Level IV Sex Offender (highest level). They did a couple more quick computer inquiries and also learned that he’d previously been convicted of a crime in another city very similar to the one that the officers were now out on here. Just as they were relaying that information to the officers over the radio, Sgt. James Hargrave noticed a vehicle matching the description of the intoxicated driver slow down as if about to turn onto the victim’s street – only to instead speed away away when they had the opportunity to see the police cars there. He yelled for the other officers on the scene to stop that vehicle. Officer Dustin Myrtle caught up with vehicle as it turned off of Richmond Road onto Judson Street. After a short pursuit, the vehicle eventually stopped, and Monk was arrested for Evading Detention.

Detective James Dean was called out and took over the investigation at that point. Aware of Monk’s sexual offender status and the fact that he matched the victim’s general description of her attacker, Dean set out to determine if he was actually involved or not. He located several surveillance cameras in the area and was eventually able to determine that Monk’s vehicle had, in fact, been at the victim’s house at the exact time of her attack. After finding other evidence that tied him back to the scene, Dean got a warrant for Monk for Burglary of a Habitation with Intent to Commit Another Felony. That warrant was served while Monk was still in jail for the original charge of Evading Detention. 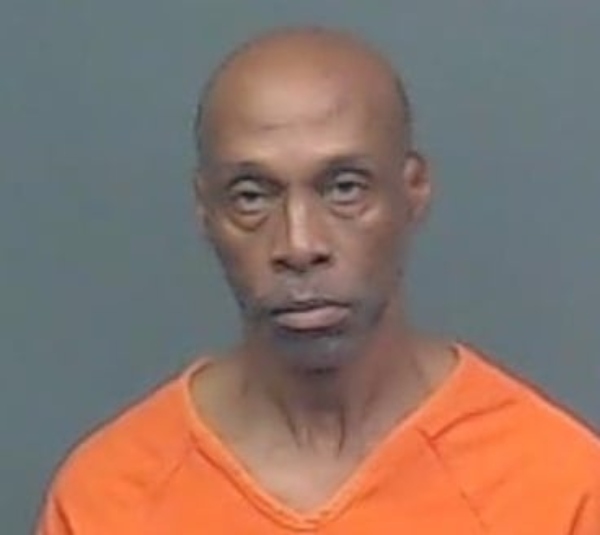