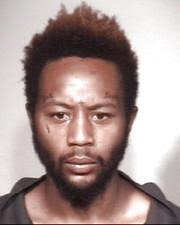 After receiving a tip, Marshals went to an unknown address in Jackson looking for Wilson.  He was arrested after busting through a window in an attempt to flee.  He is currently being held in the Madison County Jail and awaiting extradition to Texarkana.

Detectives believe that Wilson was one of four men who attempted to rob Smith in front of a residence in the 2400 block of Mamie Street on March 29.  When officers responded to 9-1-1 calls from people who reported hearing shots fired, they discovered Smith lying beside a vehicle in front of a residence.  Smith, who had been shot several times, was deceased.

Marshall Vallejos, Jaquelle Rogers and Jailon Gamble were arrested within days of the homicide and charged with Capital Murder.  All are currently being held on $1 million bonds at the Bi-State Jail.