Texas A&M University will celebrate the donation of a new Baldwin Grand Piano with a concert by pianist Mary Scott Goode and Cellist Brett Andrews on Monday, October 17 on the Texarkana Campus located at 7101 University Avenue.

Texas A&M University-Texarkana will celebrate the gift of a Baldwin grand piano with a concert featuring pianist Mary Scott Goode and cellist Brett Andrews on Monday, Oct. 17, at noon in the third floor atrium of the University Center on the A&M-Texarkana campus at 7101 University Ave., Texarkana, Texas.

“We are honored to receive the gift of this beautiful instrument in honor and memory of Mrs. Wilson and the Cranks and appreciate Regent Morgan and Remica and Camille for their generosity,” said Dr. Emily Cutrer, president of A&M-Texarkana. “It is very fitting to celebrate their donation with a concert featuring Texarkana musicians Mary Scott Goode and Brett Andrews.  It will be a very special day on our campus as we enjoy their superb musical talents and pay tribute to our donors who are such wonderful friends of our university.” 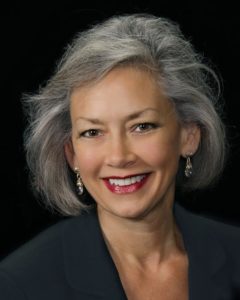 The concert will feature selections by German composers and pianists Ludwig van Beethoven and Johannes Brahms and Argentine tango composer Astor Piazzolla. The event is open to the public.

Ms. Goode has extensive performing experience.  Since her debut at age 16 with the Spartanburg Symphony she has performed across the United States.  Highlights include live appearances on WGBH Boston, the Staples Center in Los Angeles for the Music Teachers National Association National Convention, being a featured artist at the Florida Music Teachers Association Convention, performances with the Ocean State Light Opera and Mystic River Chorale, premiering a work by Alice Parker at an American Choral Directors Association Convention, performing Gershwin’s “Rhapsody in Blue,” Grieg’s “Concerto in a minor” and Rachmaninoff’s “Second Piano Concerto” with the Texarkana Symphony Orchestra, and playing in Carnegie Hall on three occasions; in 2000 with the University of Arkansas Wind Symphony and then in May 2007 and June 2010 with the Texarkana College Singers and the Texarkana Regional Chorale.  In April of 2014 she traveled with Candace Taylor to Italy to present a concert of American Jazz Classics.  In September 2014 she appeared in TexRep’s “33 Variations” as the concert pianist.  Ms. Goode has also been selected as the Texas Two-Year College All State Chorus accompanist for four years.

Ms. Goode attended The Eastman School of Music and Florida State University where she received a master’s degree in piano performance.  She has been on the music faculty or staff at The University of Arkansas, The University of Rhode Island, The University of Tampa and Hillsborough Community College, Tampa.  She is a Nationally Certified Teacher Member of the Music Teachers National Association, a member of the Texas Music Educators Association and in 1997 was awarded an honorary membership in Pi Kappa Lambda, the music honor society.  Additionally, she is a member of the Wednesday Music Club, Delta Kappa Gamma, the Texarkana Music Teachers Association and the Sue Sanderson Garden Club.  She is married to Howard Goode, whom she met through music, and they attend Fellowship Bible Church. 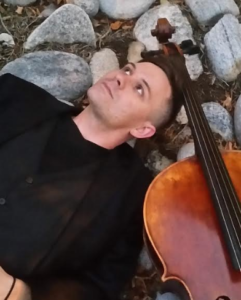 Mr. Andrews is currently principal cellist of the Texarkana Symphony Orchestra and is an active musician in the Ark-La-Tex area, frequently playing as a member of the Emerald Piano Quartet and Trio in recitals across east Texas and north Louisiana. He also has performed as principal in many symphonies including Longview, South Arkansas and Shreveport, as well as Shreveport Opera.

Soon after beginning his cello studies in Kilgore, Texas, he became an inaugural member of the Honor Orchestra of America at age 15, performing under the baton of Scott O’Neill and Benjamin Zander with many soloists including violinist Robert McDuffie and pianist Christopher O’Reilly. After receiving his Master of Arts and Bachelor of Arts in Music Performance from Northwestern State University of Louisiana studying with Paul Christopher, he continued to serve his alma mater by instructing courses in Fine Arts, and formerly directed the string programs at Parkway High School and Elm Grove Middle School in Bossier City, Louisiana.

Mr. Andrews is currently pursuing a Doctorate of Arts in Music Performance under the instruction of Dr. Gal Faganel at the University of Northern Colorado.