Advisories to boil water before consumption for residents in Redwater and Maud, in Bowie County Texas are in place due to issues with public water.

In Maud, water was shut off to replace a leaking fire hydrant. The city employee we spoke with on the phone said that work was being finished up on the hydrant and when service is restored the public will be under a boil advisory until further notice. The City of Maud does not send notices to it’s citizens, instead they choose to post a sign at the Fire Station. 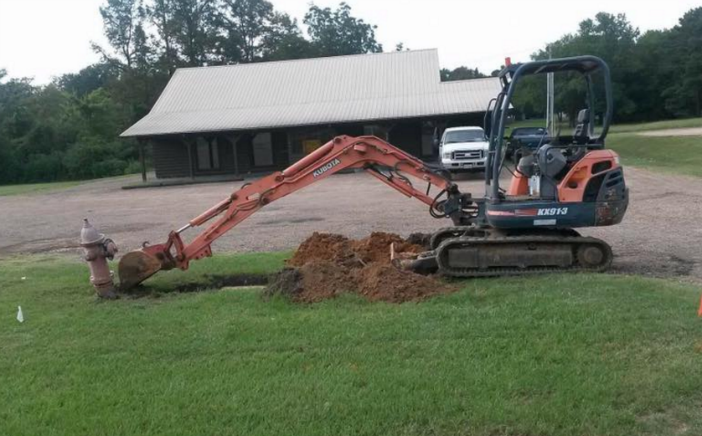 In Redwater Texas official issued letters to residents to warn of the boil advisory due to low chlorine residuals in the water supply. A boil advisory will remain in effect for Redwater until officials give notice to residents. It is not believed there is any relation to the two incidents. 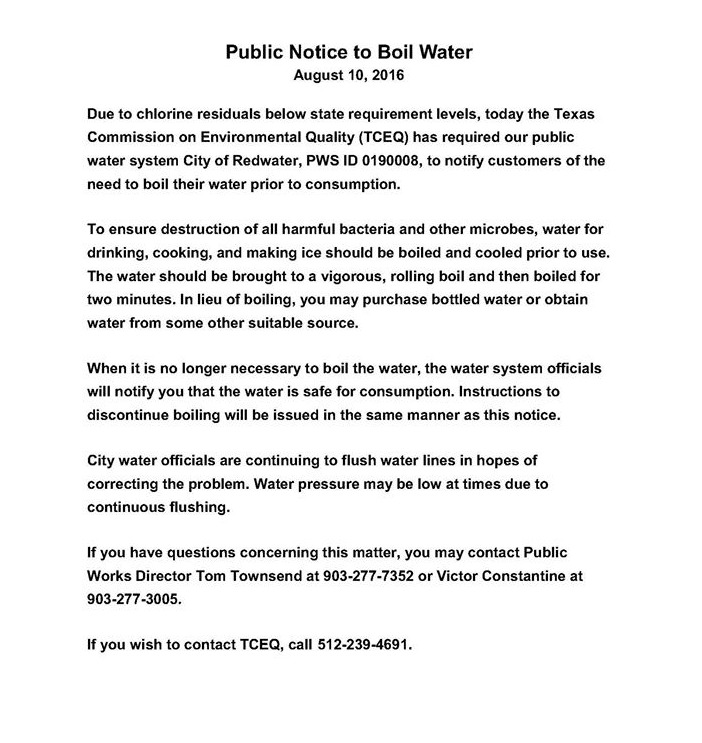