The Texarkana Arkansas Police have arrested Shauneric Simms, 18, of Texarkana. Simms has been charged with Theft by Receiving/Firearm, 2 counts, and is currently being held at the Miller County Jail.

During the early morning hours of 06/23/2017, Sgt. Nall, Delta Squad Patrol Supervisor, observed a vehicle traveling at a high rate of speed on E. Broad (Hwy 67). Upon conducting a traffic stop on the vehicle, the driver was identified as 18-year-old Texarkana resident Shauneric Simms. During the traffic stop, two firearms were discovered in the vehicle, in addition to other property, which was later discovered to be stolen from vehicles in a residential area of Texarkana, AR. Simms was arrested for Theft by Receiving/Firearm, 2 counts, and is currently being held at the Miller County Jail. The Criminal Investigation Division is continuing to investigate these vehicle burglaries.

Anyone who has knowledge of this crime, or others, is encouraged to contact the Police Department or Crime Stoppers. 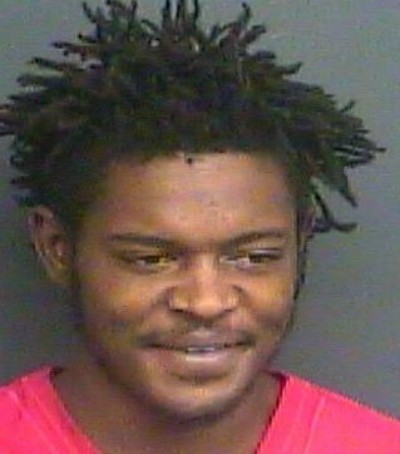