Texarkana Texas Police Report that at least nine people were shot at a Halloween Party just after midnight on October 31. One of the victims is reported in critical condition.

The shooting occurred at a crowded venue in the shopping center at the intersection of Richmond Road and Texas Boulevard.

Investigators are on an active crime scene and TTPD Public Information Officer Shawn Vaughn will be releasing more information as available.

The Texarkana Texas Police Department is investigating a shooting that happened at a Halloween party inside Octavia’s Event Center that left one dead and nine others wounded.

Officers responded to several reports of shots fired at the party venue in the 2300 block of Texas Blvd. at 11:56 on Saturday night.  Upon arrival, they encountered a large number of people running from the building and several inside suffering from gunshot wounds.  The injured were transported to Wadley Regional Medical Center and Christus St. Michael Hospital by ambulance, police unit, and private vehicle.  One 20-year-old man died a short time later at the hospital.  The remaining nine victims’ injuries do not currently appear to life threatening.

Detectives are investigating and interviewing victims and witnesses.  It is estimated that there were at least a couple hundred people in the venue when the shootings occurred.

The suspect is described as a black male, who left in an unknown vehicle following the shooting. While the motive is still unknown, the preliminary investigation indicates that it may been the result of some type of disturbance among some the partygoers.

The identity of the deceased victim is being withheld pending notification of the next of kin.

If anyone has any information about this crime, they are asked to contact the Texarkana Texas Police Department at 903-798-3116 or Texarkana Area Crime Stoppers at 903-793-STOP. 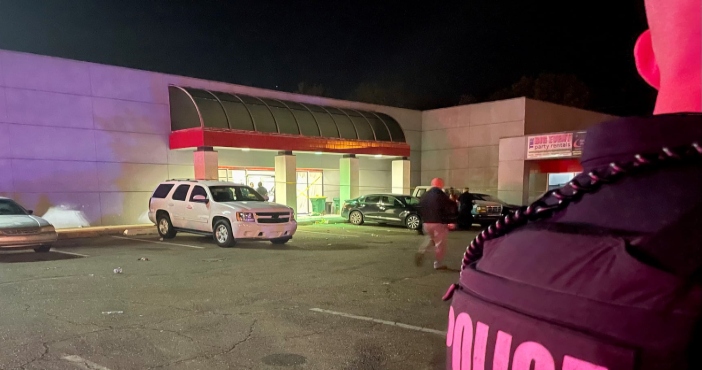